Senior and minor footballers both win to advance 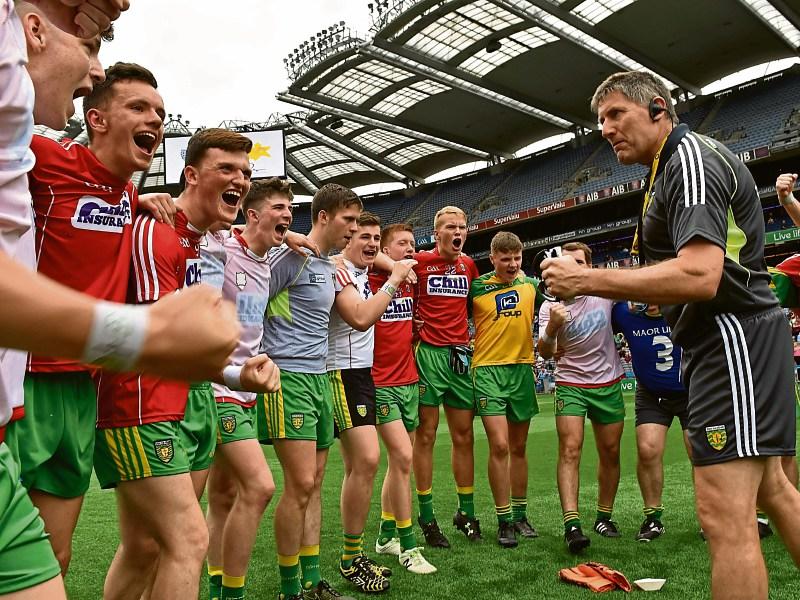 Donegal booked a place in the quarter finals of the championship against Dublin next weekend following a three point win over Cork at headquarters this afternoon.

Kilcar sharp-shooter, Patrick McBrearty, chipped in with eleven points as Rory Gallagher's charges put the disappointment of the Ulster final defeat by Tyrone behind them.

Earlier in the afternoon, the Donegal minors showed great character to come from behind as well to see off the challenge of Cork in their All-Ireland quarter final clash. They will now meet Galway in the semi-final.

Sean Paul Barrett's side trailed by four points, 0-10 to 1-3, at the break. But the Ulster champions made their mark with a massive second half performance and a goal from Shane McGrath three minutes from time proved vital.

See our website's sports section for reports on both games.

Pictured above - the Donegal minor team and manager Sean Paul Barrett after their win over the Rebel County today. Photo: Geraldine Diver.