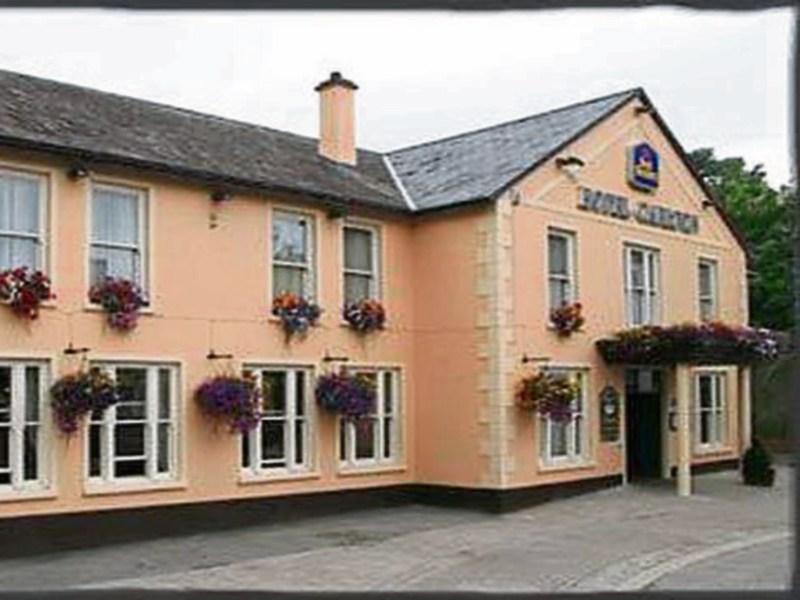 Gardai are continuing to assist the PSNI with their investigating into yesterday's early morning shooting in the County Fermanagh border village of Belleek.

A cross-border hunt is underway for a three man gang, who carried out the early morning attack on the Carlton Hotel.

Three armed men wearing balaclavas, jumped out of a dark coloured vehicle, entered the Carlton Hotel and threatened a staff member around 9.15 am.

A shot from what’s thought to be a rifle, was fired at a cleaning van parked directly outside the hotel.

There were no injuries, but all involved were badly shaken by the incident.

A cleaning company had been working at the hotel for the past few days as it was planning to re-open at Christmas, after being closed for almost three and a half years.

The cleaners were working in the kitchen of the hotel when the attack happened.

A large contingent of police came to the scene by road and by Lough Erne to seal off the area, which is only 60 metres from the Donegal border.

Local sources said the masked men were armed with a rifle and a small machine gun.

A vehicle was later found burned out about two miles from the village.

The attack comes within two weeks of new owner Sam Morrison, announcing that he was hoping to re-open the hotel for business for Christmas.

No-one sustained any injuries but all involved are understandably shaken by Tuesday’s events.

“The men then made off in the direction of the border and local officers are working closely with An Garda Síochana to trace their movements.

“I would appeal to anyone who may have noticed any suspicious activity in the area or anyone who has any information about this incident to contact Police at Enniskillen on the non-emergency 101 number, quoting reference number 272 02/07/16. Alternatively, if you would prefer to provide information without giving details, please contact the independent charity Crimestoppers and speak to them anonymously on 0800 555 111.”

Mr Elliott said: “l am shocked to learn that armed and masked men appeared on Belleek Main Street this morning, discharged a firearm and fled across the border.

“Belleek is a quiet Fermanagh border village and this incident will have come as a complete shock to the local community. It is a reminder that we are still plagued by those who are intent on murder, attempted murder and disruption, and of dark days which we all want to put behind us."

“I absolutely condemn this senseless act of violence.

“Firearms have no place in our society and this is totally unacceptable.

“Belleek is my home village and along with many others have been working to make sure it is seen as a warm welcoming and vibrant village and a safe place to come to.

“Tuesday’s act is an attempt to undo all this good work but we will not be deterred.

The 35- bedroom hotel is a prominent landmark on the banks of the River Erne and once employed 25 people.

It had recently advertised for a number of positions.

The new owner is Ballymena based businessman Sam Morrison, owner of Corbo, one of Northern Ireland’s largest property firms.

A spokesman said earlier this month that they intended to be open by Christmas.

“There has already been huge interest in the jobs advertised which gives us great enthusiasm that the hotel will be well supported by local people when it re-opens”.