Fr Paul Gallagher to be laid to rest in Falcarragh 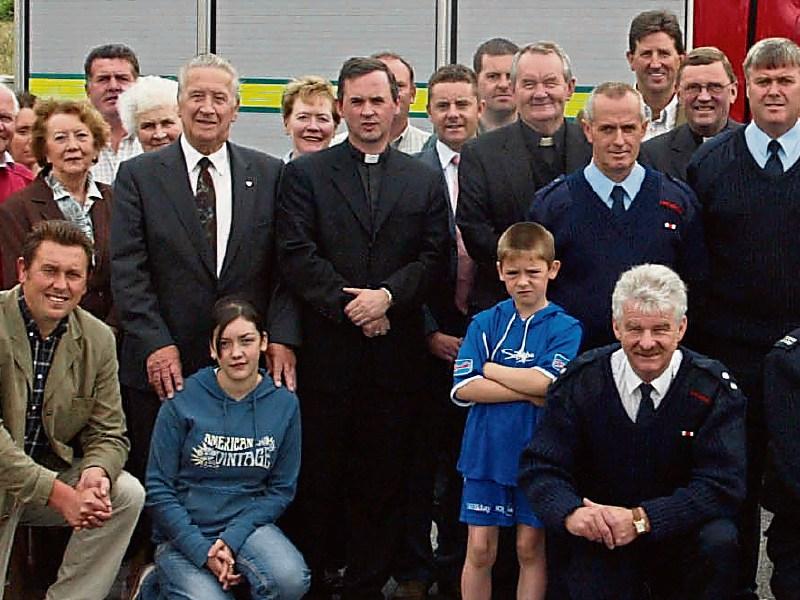 The late chaplain of Pobalscoil Chloich Cheannfhaola in Falcarragh, Fr Paul Gallagher, will be laid to rest today.

Fr Gallagher, who was 54-years-old, passed away at the Donegal Hospice in Letterkenny on Monday after recent illness.

Close friend, former Donegal football player Donal Reid, said Fr Paul was a “humble and placid” person who will be sadly missed by many.

“He was the most humble and meek person that I ever met. He was very charismatic with his benevolence. He would always put other people before himself and he had a massive impact on my life. He was always busy with people, but he didn’t see it that way. He would always make time to help people”, Mr Reid stated.

He said Fr Gallagher was a learned man who had a wealth of life experience prior to his late vocation and was recently studying for an masters degree in Maryvale Institute in Birmingham, England.

Fr Gallagher received his primary education in St Fíonan’s National School, Falcarragh, and his Secondary Education in Pobalscoil Chloich Cheannfhaola before he began training for the Priesthood at St Patrick’s College, Thurles in 1998 and on to St Patrick’s College, Maynooth in 2002. He was ordained in June 2004 at St Eunan’s Cathedral by Bishop Philip Boyce.

He was a well-known and respected cleric who had worked in Glenties, Dunfanaghy, Convoy, Gaoth Dobhair and Tory island. He also served as chaplain to St Columba’s Comprehensive School from 2005 to 2008 and Chaplain to Pobal Scoil Chloich Cheann Fhaola, Falcarragh.

Removal from the Hospice took place on Tuesday returning to his family residence at Hilltop, Falcarragh where a large number of people attended his wake.

There was an all-night adoration in St Fíonan’s Church, Falcarragh ahead of this morning's funeral Mass.

The late Fr Paul Gallagher is pictured above (centre) pictured at a ceremony at Falcaragh Fire Station.