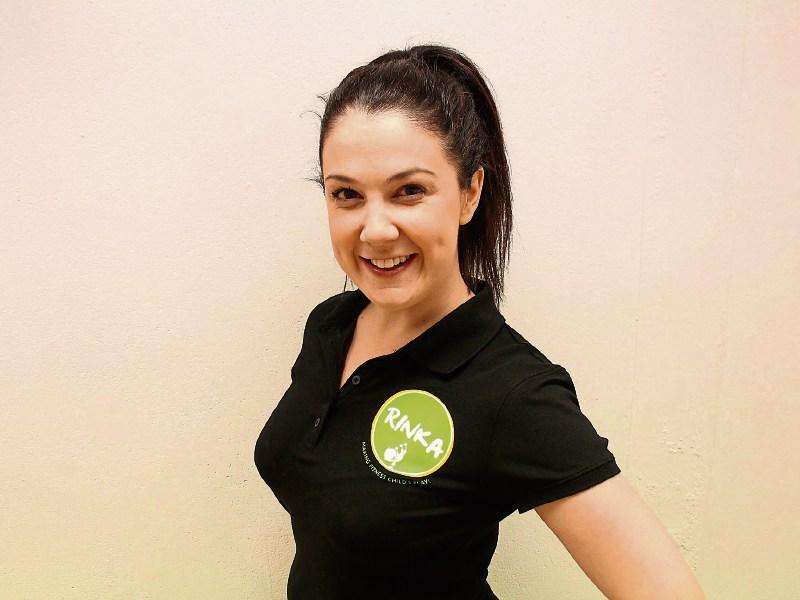 Sarah Gillespie was just weeks out from World Championship Irish dancing glory when her life was shattered by a horrific accident on a snow covered road in Germany.

Sarah, a native of Donegal town, had qualified for the prestigious international event twice previously but 2010 was her time to shine – she knew it in her heart and soul. This was the year she had dreamed of ever since she laced up her first dancing shoes at four years old.

Her mind focussed on the thought of championship dancing as the frame of a car crumpled around her under the weight of an oncoming lorry during the arctic blast that struck Europe that winter. Life for the 25 year-old, who had always thrived on competition, was transformed in seconds on an icy road outside Frankfurt.

In the years that followed, Sarah found herself constantly “paddling upstream” to return as a contender in the highly competitive Irish dancing scene. It took a long time for her to eventually let the dream die. However, the former Broadway dancer, fitness instructor and drama teacher finally changed her approach to life and the results have been spectacular.

Now 30 years-old, the Donegal woman oozes with positivity and has recently launched RINKA - a new craze for kids which is inspired by the glaring need to promote health, fitness and confidence in children.

Sarah and a class of highly energised Rinka kids wowed the judges when they stormed into RTE’s Dragon’s Den recently and they featured on the show for two week’s running.

Sarah describes the new style of non-competitive fitness activity as “an alternative to mainstream sport which embraces kids of all abilities”.

The enterprising Donegal Town native has firmly established the Rinka brand in her home county and is now expanding her business across Ireland.

She believes her new departure is something she would never have undertaken had it not been for her horrific ordeal in 2010 and the many tough years of recovery - and personal discovery - that followed.

“Until a couple of years afterwards, I was lost. I felt I was constantly trying in vain to paddle up stream to get back to where I wanted to be. I didn’t see the new opportunities it presented me with. I hated every minute and was so angry about it all.

“In hindsight though, I would never be where I am today if it wasn’t for the accident. I would never have completed a business degree or taken stock of my life. I was previously so focussed on competition, on being the best in my dancing, my weightlifting, my diet and my training - everything was so precise and perfect. Now my approach to life may be a lot more chaotic but it’s also much more fun.”

‘I hope my legs will be ok’

For years the flashbacks from the accident haunted Sarah.

“It may seem strange but as the car crumpled in around me I was hoping that I’d be ok for the world championships in a couple of weeks’ time. ‘I hope my legs will be ok’, I thought.

“It was complete slow motion. I literally felt like I sat back and watched the lorry approach and hit. I could see it coming and knew it was going to hit us. I remember telling the driver to make sure he told mammy and daddy I loved them.”

Sarah remained conscious in the minutes after impact.

“There was blood everywhere. I thought immediately that my hips and arms had been broken.

“I remember the paramedics arriving and one of them holding my head. One of them spoke English and explained that we had to wait for the fire brigade to cut me free from the wreckage. I remember my whole body feeling like it was on fire after I had been lifted from the car.

“In the ambulance I told the paramedics all about dancing in the world championships and how this was my big year. I asked if they thought I’d be ok to compete – I don’t remember getting an answer.”

The Irish Dancing World Championship came and went as Sarah began the long recovery from her injuries.

Her injuries were horrific, her competitive dancing career suddenly and cruelly ended.

After almost a month she was allowed to travel home over land and sea as she was deemed too unwell to fly.

“I returned home with broken bones in my feet and arms, I couldn’t use any of my limbs, I had a rupture in my stomach so I couldn’t sit up straight because I had no power in my tummy area. I have memories of laughing on the journey home – I thought: 'what else could I do'? I’d say I frightened people because my face was stitched from one end to the next - it was horrific.

“Mammy said she would never forget the evening I got home. She had no idea what to expect and she realised when I arrived that I was in far worse condition than she actually thought. That was the start of the long hard journey. I was treated in Letterkenny, I was treated in Sligo, I was treated in Galway, I had surgeries in Dublin - I had my latest scan in Dublin just a few weeks ago on my tummy. It’s been six years and a very tough road. I often think that if it happened today, I’d say: ‘Leave me here I am not going through that again’.

“Smaller injuries - like the one on my wedding ring finger - which is the only visible scar people see - were huge things for me at the time. The fact that I would never get to put a wedding ring on a nice finger may sound ridiculously churlish in the circumstances but it was a very emotional thing to add to the basket.

“People would say: ‘for God’s sake wise up, you are alive’. But I would realise I wasn’t the person I was before. I had to learn who my new person was.

“The accident transformed my life but it does not define it. It has taken many years but only now do I feel it has given me purpose and direction – that’s why I’ve set up Rinka.

“Rinka is completely non-competitive and is designed to give all young children a confidence to take part in sport while also giving them a chance to just giggle and have fun. It’s a complete change for me and very different to the dancing scene I was so used to.

“Had it not been for accident I would still be fully focussed on competitive Irish dancing.

That was always where my heart was, it was always what I wanted to do. Today I don’t have the respect for it that I used to have. Irish dancing in Ireland has become elitist, political and financially stressful. It’s become everything it should never have been. When you trace its roots you see it was designed for the masses to enjoy but that’s not the case anymore.

“I see the other side of it. I see the kids under pressure to perform who may well have the talent but can’t handle the pressure and I see the kids who may not have the talent which is demanded these days. Kids are little human beings and when they are not appreciated they pick up on that. Everything we do at Rinka gives them a space where they know they are important, feel they are wanted and believe they can do it,” she said.

No pressure to compete

Rinka offers three fun-filled fitness and child development programmes - Dance Fit, Drama Fit and Bounce. Dance Fit introduces children to the fundamentals of fitness through the medium of dance but without the pressure to compete; Drama Fit has all the creative elements of a drama class combined with the high-energy dynamics of a workout; and Bounce is a high energy, multi-activity class for children aged from 18 months to teens.

Sarah explained: “Rinka is an opportunity for children, regardless of skill or background, to burn some energy, have some fun, learn new skills and make new friends. It is designed to combat rising child obesity levels and help boost children’s confidence by encouraging them to believe that they can take part in whatever activity they choose.

“With Rinka, kids gain fitness through drama and through dance - they’re working out without even knowing it and it’s always inclusive so no one ever feels left out.”

New instructors are currently being sought to help bring the Rinka experience of Donegal to children all over the island of Ireland.

“We’re looking for new instructors everywhere from Belfast to Cork and Dublin to Galway. No experience is required to become a Rinka instructor as all of the essential skills are provided in our training programmes.

“We look after all the boring bits so the instructor’s only job is to turn up and enjoy hours of fun with kids,” Sarah added.

In developing Rinka, Sarah has drawn on all of her previous experience in drama, dance, fitness and business. She is a three-time Irish Dancing World Championship competitor who has performed in a Broadway production of Brian Friel’s Dancing at Lughnasa, trained as sports therapist; ran her own successful children’s drama academy and achieved a first class degree in Business Management from NUI Maynooth.