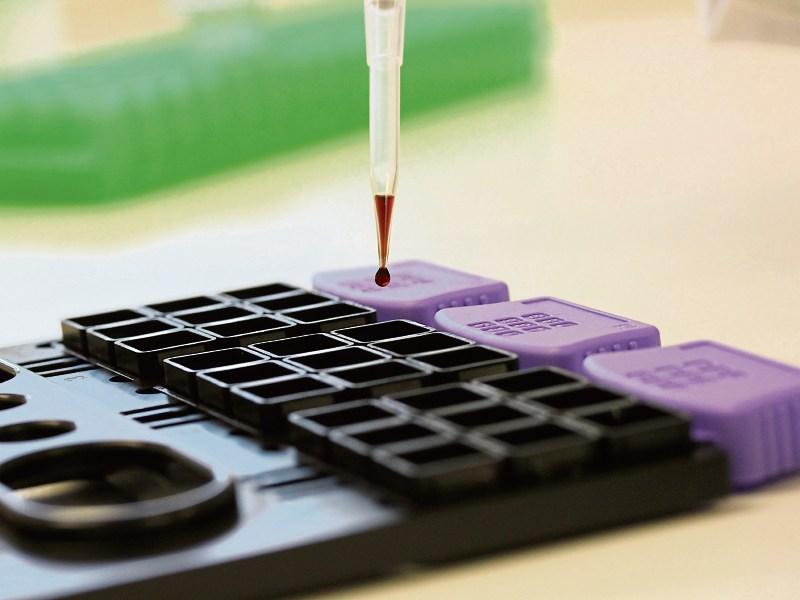 The global healthcare company received a Distinguished Abstract Award for the test at last week’s AACC Annual Scientific Meeting and Clinical Lab Expo in Philadelphia, Pennsylvania. As the leading event for laboratory medicine worldwide, the event is attended by 20,000 delegates from across the globe. Randox’s Alzheimer’s disease risk test was one of only 29 out of 1024 to receive the prestigious award.

Whereas standard molecular testing can be both time-consuming and expensive, the Randox Biochip test can conduct multiple diagnostic tests on a single blood sample, which has both cost and time-saving benefits, in addition to a rapid diagnosis for the patient.

The Randox Biochip analyses the Apolipoprotein E (ApoE), the E4 variant of which is recognized as one of the most significant genetic risk factors for dementia and other neurodegenerative diseases.

There are three versions of the ApoE gene: E2, E3, and E4. The E4 version increases a person's risk of developing late-onset Alzheimer's disease, and it may also be associated with an earlier onset of memory loss.

Each parent passes on one ApoE gene to their child, and if two copies of the E4 variant are inherited, a person's disease risk is increased by 8-12 times.

The research presented at the AACC Conference was conducted by Randox scientists, and scientists at the Medical University of Vienna, who verified the accuracy of the Biochip blood test by analyzing 384 samples and comparing the results to that of a standard molecular diagnostic test. Both tests provided the same accurate results, however the Biochip tests results were available in a significantly faster 3 hours.

Dr. Maria Zellner, from the Institute of Physiology at the Medical University of Vienna, commented;

"It is the first time that we have used this biochip immunoassay technology to test for an increased risk of Alzheimer's disease,” said Dr. Emma C. Harte, PhD., a Research and Development Scientist at Randox Laboratories.

"This type of testing is important in our quest to understand and diagnose Alzheimer's and empower patients to understand risks, consider medication, and even make early lifestyle changes.”

"Pairing this test with medical and family history for risk of Alzheimer's disease has the real potential to advance personalized medicine. This fast, accurate testing will allow doctors and patients to make more informed choices earlier to potentially slow the possible progress of Alzheimer's."

Dr. Emma Harte PhD is one of a team of Randox scientists at the Randox Teoranta site in Dungloe, Co. Donegal, who carried out this pioneering Alzheimer’s research.