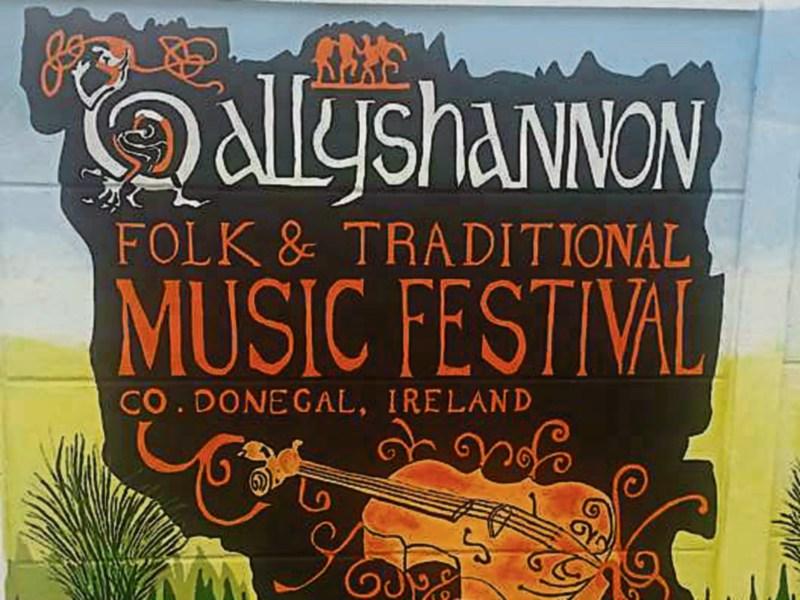 An Irish artist is making international television headlines for leading a community arts project in Grenay, Northern France which is twinned with Ballyshannon in Co Donegal.

Jim McKee, who is originally from Cookstown in Co Tyrone, is currently putting the finishing touches to six murals in the Nord Pas de Calais village of Grenay where his work has been attracting major media attention amongst regional Press and on two national television stations – France INFO and France 3 which is the second largest TV station in the country.

Jim’s brief on the commission from the town’s Mayor, which he is now in week five of six weeks in total, was to reflect a series of themes connecting Irish and French traditions through history, culture, community, education, sport and arts.

“I am thrilled with the reaction to the murals,” says the professional artist and father of two. “To make a difference to the look of a community is already an honour but to attract this level of media attention is a real added surprise.”

Jim’s relationship with the Nord Pas de Calais region goes back 14 years when he was asked to perform as a musician for the Slainte festival which takes place every March and he has also exhibited his art in nearby Lens earlier this year, but this is his first time working in the heart of the community at grassroots level and he has made sure the Ballyshannon Folk Festival is a prominent part of it!

He has spent the past few weeks working with young people aged 17-25 and he describes the project as a ‘truly humbling experience.’

“I was nervous to begin with, especially with the language barrier in a foreign country,” he says, “but since my very first day here I have been given the most amazing hospitality by the townspeople and I really have been made feel at home. The Council staff have gone to great efforts to accommodate me and even extended an invitation to my family to visit, which they did for a week.

“The work itself has been challenging and well worth the effort and I have loved hearing of the area’s coal mining history, its connection with the First World War and of course sampling first-hand the true culture of France from their food to their community events, plus I even got to attend a European League football match at the famous Lens stadium as a guest of the Mayor of Grenay, Mr Christian Champire, and his family.”

Mayor Champire believes that the entire project is ‘out of the ordinary’ and he praised Jim’s approach to his work.

“Like all the Grenaysians, I am fully impressed by the work of the town’s young people with Jim,” he said. “The youth are very involved in the work, as are all of the villagers and Jim’s kindness and talent as a painter will always stay with us. The murals are really impressive and they truly reflect the relationship between the two countries. I’m delighted that everyone came together to share, to dream, to create and to imagine this project which is really extraordinary.”

Jim returns home from France at the end of August when he will immediately prepare for his next public exhibition entitled ‘Jim McKee – A Selection’ which will feature as part of Clifden Arts Festival in Co Galway from 15th – 25thSeptember.

“This has been highly enjoyable from start to finish,” concluded Jim. “It will be hard to let this project go but I feel that I have made a very strong connection with Grenay and I hope to return here many times. I’d like to thank Didier Riez and Mayor Christian Champire for the opportunity, plus a huge thanks to all of the participants and staff for their continuous hard work and dedication since we began in July.”

The mural depicting Ballyshannon Folk Festival which Jim McKee has completed in Grenay.