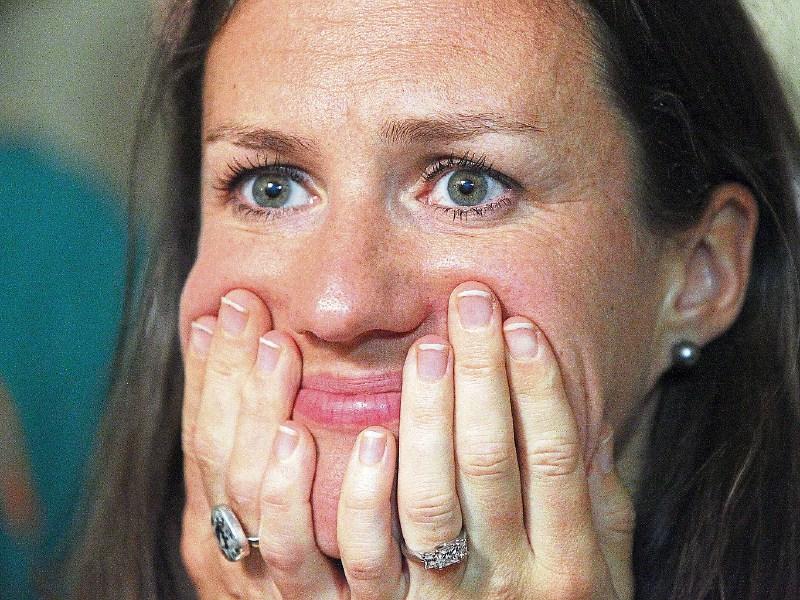 While the country watched in hope as events unfolded on the waters at Lagoa Stadium in Copacabana this afternoon, a housing estate in Letterkenny was holding its own event - how many people can you fit into a house!

The house in question, the family home of Olympic finalist Sinead Jennings (now Lynch), was packed for a very special reason, as the Jennings family threw open their doors to neighbours and friends to watch with them as Sinead and Claire Lambe made their bid for glory in the double sculls final.

The word had gone out this morning that friends and neighbours and members of the wider community were invited to join the Jennings family in Hawthorn Heights to watch the race, and there was a party atmosphere in the full house as race time approached.

Sinead’s sister Catriona, an Olympian herself in London 2012, and her parents Mick and Teresa were joined by huge numbers of people; every vantage point in the house from where a TV screen was visible was taken.

As the race unfolded it was apparent early on that there would be no medals to celebrate, but family and friends all spoke of their pride in Sinead and Claire, and the women’s achievement in becoming Ireland’s first Irish women’s crew in an Olympic final.

Former Olympian Danny McDaid, among the many who called in to be with the family, spoke of the sense of pride there was in Donegal and Ireland.

Our pictures show Catriona Jennings, Sinead’s sister, willing her sister on and the huge crowd who filled the living room at Hawthorn Heights to watch the race.. Photos by Brian McDaid.