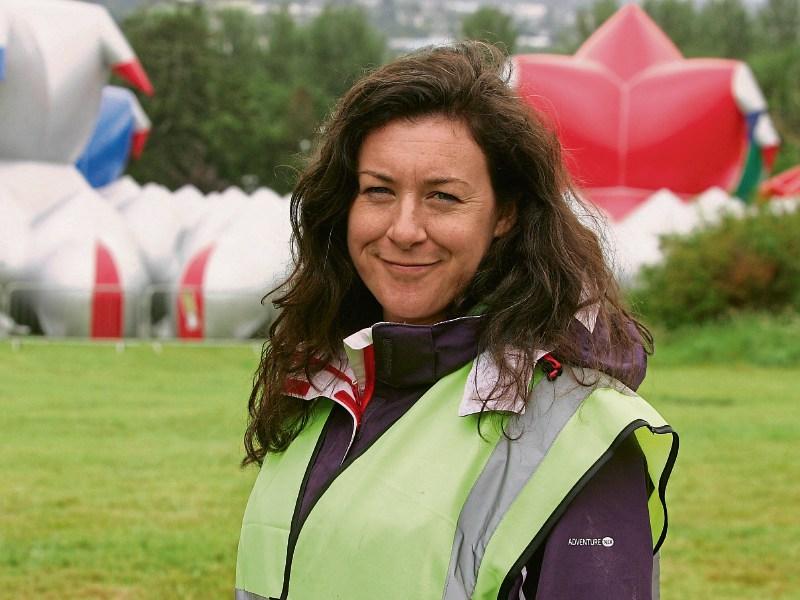 The arts community in Donegal is mourning the passing of Maeve Sweeney, described as “an all-around breath of fresh air” at her funeral Mass in Dungloe.

Members of the arts and theatre community are remembering Maeve as an accomplished artist, a skilled and generous colleague and a warm and caring person.

Maeve, 44, passed away at Donegal Hospice on Sunday, July 24th.

A talented singer, actor and musician, Maeve was also closely associated with An Grianán Theatre in Letterkenny. She served as stage manager on nearly all of An Grianán’s in-house productions, Patricia McBride, An Grianán director, said.

“Maeve has been an absolute treasure to us, “ Patricia said. “To have a professional stage manager living and working in the county was fantastic.”

“The whole community was so devastated” by the news of her passing, she said.

A daughter of Dr Peter and Deirdre Sweeney, Maeve was born in Dungloe in 1972 and remained a proud Dungloe woman all her life.

Maeve  and her husband, Derek O’Connor, lived in New York City for some years before returning to Donegal to live in Ramelton. They are the parents of three children, Aoife, Anthony and Rory.

“She was a very, very grounded and sincere individual, just extremely kind and thoughtful,” Patricia said.

Traolach Ó Fionnáin, Donegal County Council arts officer, said the sympathies of the council go out to Derek, Aoife, Anthony and Rory; to Maeve’s parents; and to her sisters Triona and Una and her brother, Peter.

Maeve also worked for a number of years with the Earagail Arts Festival and the Donegal Bay and Bluestacks Festival, and was an integral part of the Culture Night programme, Traolach said.

“She had many, many talents on stage and off, and behind stage and all around stages basically,” he said.

Writer, performer and musician Little John Nee worked closely with Maeve when she was tour manager for his shows “Sparkplug Troubles” and “A Bag of Queens” a couple of years ago, as they toured the county.

“She was an artist herself, which meant she was great to work with from an artist’s point of view,” John said. “She was a lovely artist as well.”

There were long days on the tour, adapting the show to different venues, “and she was perfect”, John said, recalling Maeve’s sense of humour, and her “fantastic mind and outlook on life”.

The programme at the funeral Mass at St. Crona’s Church in Dungloe said that of all the roles Maeve held, what gave her the greatest pleasure was that of mammy to “her three wee treasures, each a beautiful and unique and creative soul that reflects the very best of Maeve, while being beautiful spirits in their own unique fashion.”