Hey Mister are you a priest? 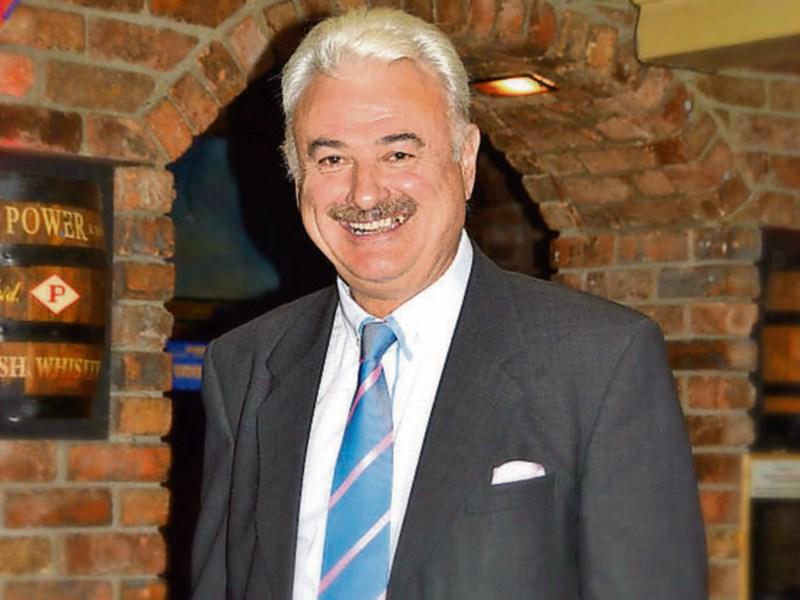 COMMENT: IT OCCURS TO ME BY FRANK GALLIGAN editorial@donegaldemocrat.com @dgldemocrat

Like so many people in Derry, Donegal and beyond, I was saddened beyond measure at the death of Bishop Edward Daly.

I last met him at broadcaster Don O’Doherty’s funeral in May 2008, and recall with great clarity his beautiful homily, one which prompted many of us to reflect how the Bishop was a genuine holy man and a ‘true Christian’ in every sense of the word. In that homily to his great friend, Don, he described him as a ‘teacher…a master of words and music.’ He also reminded us that Don and Mary “...had no children, but a huge family’. As a cub in BBC Radio Foyle, I had many occasions to meet him along with Bishop James Mehaffey, particularly around Christmas time, when their warm friendship shone through in their seasonal reflections to their flock in the Foyle area. I emphasise ‘flock’ not ‘flocks’...they spoke to all their listeners, that was their ‘huge family’. He published his autobiography “Hey Mister, Are You A Priest?” in 2000, (On his first day in the Cathedral, a wee boy greeted him with the question 'Hi Mister, are you a Priest?”) His chapter on the events of Bloody Sunday still make harrowing and poignant reading:

“As I was entering the courtyard, I noticed a young boy running beside me. I was running and he was running and, like me, looking back from time to time. He caught my attention because he was smiling or laughing. I do not know whether he was amused at my ungainly running or exhilarated by nervous excitement. He seemed about 16 or 17. I did not see anything in his hands. I didn't know his name then, but I later learned that his name was Jackie Duddy. When we reached the centre of the courtyard, I heard a shot and simultaneously this young boy, just beside me, gasped or groaned loudly. This was the first shot that I had heard since the two or three shots I had heard some time earlier in the afternoon. I glanced around and the young boy just fell on his face. He fell in the middle of the courtyard, in an area, which was marked out in parallel rectangles for car parking. My first impression was that he had been hit by a rubber bullet. That may be because the noise of the shot had been masked by the general din and chaos, which prevailed at that time. The shot seemed to come from behind us, from the area in which the Saracens were located. I thought initially, that the shot had been the report of a rubber bullet gun; I could not imagine that he had been struck by a live round.

During a lull in the firing, I looked over from where I was lying and saw Jackie still lying out in the middle of the car park where he had fallen. He was, at this time, lying on his back with his head towards me. This puzzled me. I had distinctly remembered him falling on his face. I thought that, perhaps, he had managed to turn himself over. I subsequently learned that Willie Barber, who was running behind me, had turned him over. I then decided to make my way out to him. I took a handkerchief from my pocket and waved it for a few moments and then I got up in a crouched position and I went to the boy. I knelt beside him. There was a substantial amount of blood oozing from his shirt; I think it was just inside the arm, on the right or left side, I cannot remember which. I put my handkerchief inside the shirt to try and staunch the bleeding. Then a young member of the Knights of Malta, Charles Glenn, suddenly appeared on the other side of this boy. He immediately set about treating the wound. I felt that I should administer the last rites to the boy and I anointed him. The gunfire started again around this time. We got as close to the ground as we could. Then there was another lull; a group of two or three people came out and stood behind us. They offered help. We asked them to go back - we felt that we were safer on our own - so they went back.

After I got back to the parochial house, the enormity of what I had just witnessed crashed in on me. The kitchen was the place where we all gathered. I wept profusely. Maggie Doherty, our housekeeper, comforted me. She was the mother figure to us all on the many occasions of turmoil or grief. Other people and other priests arrived. Not much was said. Everyone was stunned into silence. Bishop Farren was in and out, asking us what had happened, distressed, bemused, incredulous and confused like all of us. He had been bishop of Derry for more than thirty years, but nothing could have prepared him for this.

Ever since my experience on that terrible day, I could no longer find any justification for the use of armed aggression by any faction in the North. I have to confess that this was a conclusion reached on emotional as much as moral grounds. Despite the propaganda, there is little that is glorious about armed conflict. Whatever the mythology, it is in reality a nasty, vicious and destructive business. It is my experience that it brutalises both those who participate in it and the society in which the warriors engage in their deadly combat. There may be some circumstances where and when armed conflict is necessary and constitutes the only possible way forward. In such situations, it may be morally justified. It is my conviction that such circumstances did not exist in our situation.

However, these murders, because that is what they were, had a quite different impact and influence on others, particularly younger people. Countless young people were motivated by the events of that day to become actively involved in armed struggle and, as a direct result, joined the Provisional IRA. Many former paramilitary members have gone on record stating that they first became actively involved in the wake of that Sunday. I am not at all sure about how I would have reacted, had I been a teenager and witnessed those same events.

Bishop Edward Daly too cast an equally long and enduring shadow. It was an honour and a privilege to have known him.

AND WHO ARE YOU?

One of the funniest stories about Bishop Daly concerns his visit to Gransha psychiatric hospital where he encountered a legendary Derry character called Johnny Cuttems. “How’re you doing Johnny, enquired the bishop?” Not getting the expected response in return, he continued: “Do you not know me Johnny?” “No, I can’t say I do”, says Johnny.

“Don’t worry”, says Johnny. “You’ll not be long in here ‘til you have that buckin’ notion knocked out of you!”

Recently, Newt Gingrich, obviously huffed about not been chosen by Donald Trump as Vice Presidential candidate, said this about the Republican presidential nominee…