'A Salute to the Somme ~ Beating Retreat' in Enniskillen 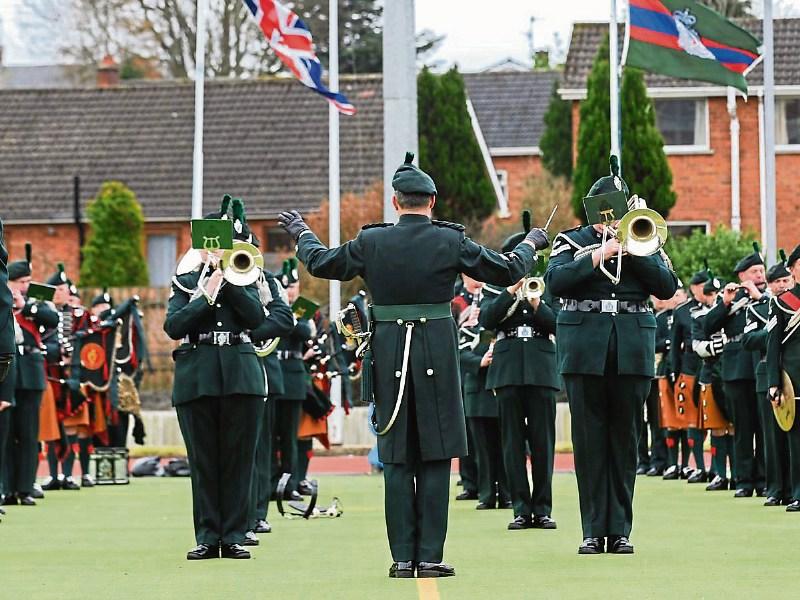 A unique flagship event has been organised by the Inniskillings Museum in Enniskillen to commemorate the actions of the 36th (Ulster) Division and the 16th (Irish) Division at the Battle of the Somme.

The event is entitled ‘A Salute to the Somme ~ Beating Retreat’ and takes places at Enniskillen Castle on Saturday 10th September 2016 commencing at 6.00pm promptly (gates open at 5.00pm). It is an outdoor ticket only event (available at the museum office or online shop atwww.inniskillingsmuseum.com)

The Beating Retreat will be performed jointly by the Band, Bugles, Pipes and Drums of the Royal Irish Regiment and the Irish Defence Forces Army No.1 Band.

Never before has the Royal Irish Regiment and the Irish Defence Forces played a Beating Retreat side-by-side in Northern Ireland, making this not only a symbolic occasion in the national commemorative calendar but also a significant occasion helping to strengthen peace and reconciliation between our communities.

Pictured: The Band of the Royal Irish Regiment