The Gaeltacht man who 'set Donegal on fire'

A new book explores the life and work of Daniel Sweeney, born in Dunlewey, educated in the Rosses and later living in Cloughaneely, who established two Land League committees in west Donegal after some years as an immigrant in California. In the new book 'Setting Donegal on Fire', Daniel's great-granddaughter, Diane Lovegrove Bader, tells his story. 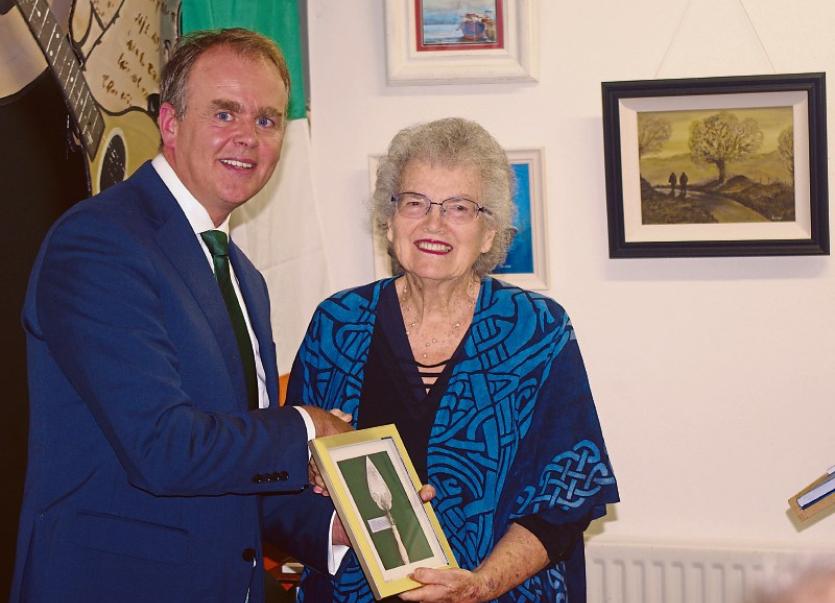 A new book explores the life and work of a 19th-century Gaeltacht man and Land League advocate whose fiery speeches were said to have “set Donegal on fire”.

Daniel (Mac) Sweeney established Land League committees in Gaoth Dobhair and Cloughaneely in the 1880s, when he returned to Donegal after living for some years in California.

Joe McHugh, TD, minister of state for the Diaspora, launched the book last week before a full house at an tSean Bheairic in Falcarragh.

Diane said she developed a particular interest in genealogy in 2000, though her mother had long referred to Daniel as “the hero in the family”.

“But she never explained why or what he did,” Dianne recalled.

So 16 years ago Diane found a Sweeney family web site and began to ask questions about her great-grandfather. Through that she found distant cousins in the US state of Montana, as well as Tom Sweeney in Dublin, of Clan Mac Sweeney.

“The history just grew and grew,” she said, adding, “People introduced me to other people.” Teacher and historian Joe Kelly of Falcarragh was among those she contacted in her research.

A family visit to Ireland in 2003 took her to Doe Castle, a stronghold of Clan Mac Suibhne; and she attended a big Sweeney reunion for her 65th birthday. She has also visited Poison Glen, where the family was from, and met with relations there.

Using original letters, pictures, diaries and documents, Diane’s new book recounts Daniel’s story and his struggle to champion the cause of tenants in Cloughaneely and Gaoth Dobhair.

Born in Dunlewey in 1830 and educated in the Rosses, Daniel taught for a time in Acres but emigrated in 1850 and made his way to San Francisco. There he established a cattle stockhard, grew his business and became wealthy.

But after meeting relatives and friends from Ireland at the Philadelphia Centennial Exposition in 1876, Daniel became determined to make a trip back. He returned alone, and while in Falcarragh he bought Carowcannon House and adjoining 160-acre farm.

In 1877 he took his wife and family of eight back to Cloughaneely.

Daniel saw for himself the ongoing plight of poor native tenants. He had read about Michael Davitt and his Land League protests, and his successful attempts to seek rent reductions for Mayo people.

By 1880, Daniel established Land League committees in Cloughaneely and Gaoth Dobhair. As president of the new branches, he became an advocate for the tenants, organising meetings and delivering speeches.

On one occasion Daniel addressed an estimated 12,000 people in Falcarragh in a speech said to have “set Donegal on fire”.

The work was not without risk: Daniel and two other local activists were arrested and imprisoned without trial in Dundalk for 14 months.

The story of this Land League leader is told in ”Setting Donegal on Fire”, available at An tSean Bheairic in Falcarragh, and on Amazon.