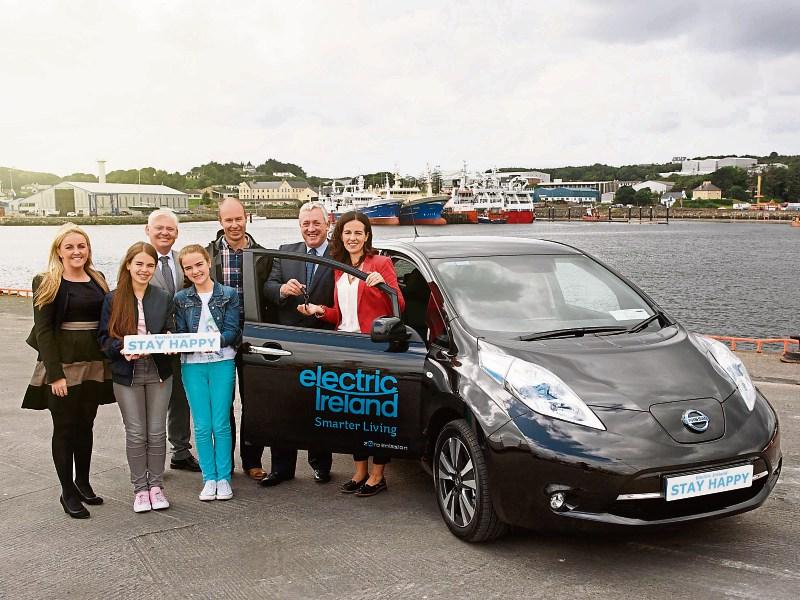 Sinead, the first owner of an electric car in Killybegs entered the competition simply by paying her bills on time and in full. Sinead received her Nissan Leaf SVE, worth €31,000, earlier this month when Robyn Sheehan, Marketing Manager of Electric Ireland presented the car to her at her home in Killybegs, installing her very own charging station outside.

Sinead said she thought it was someone joking when she got the good news: “When I got the call I thought they were joking! I am so thrilled to be the first winner of Electric Ireland’s Electric Car competition. I’ve a family of four and it is just such a brilliant surprise. I’m a long time Electric Ireland customer and to think I won the car for just paying my bill by direct debit.”

The next draw is due to take place on the 19th of September 2016. The competition is open to Electric Ireland customers who pay their bills on time, and in full.