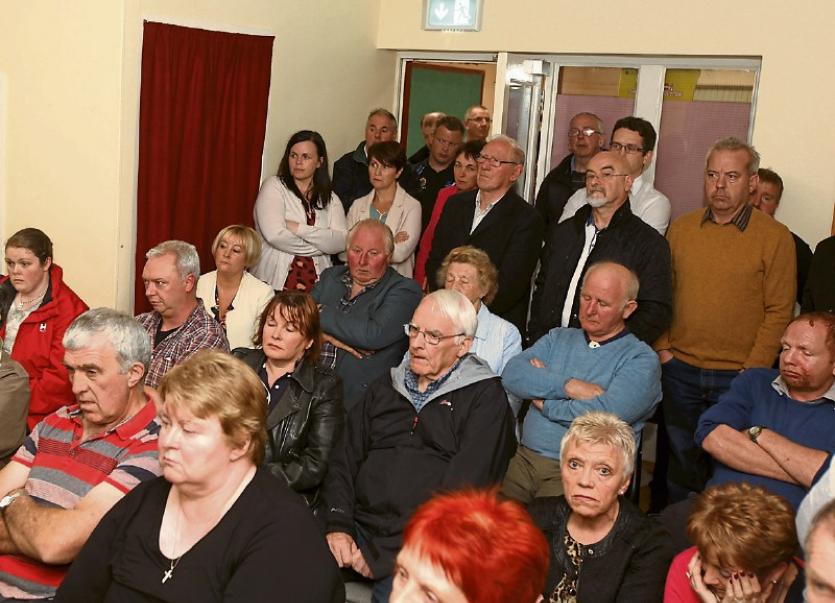 A section of the large attendance at the meeting.

Northern Ireland Assembly First Minister Arlene Foster has given her backing to a five-day protest against the closing of the Bank of Ireland in Belleek.

The Minister will be joining the protest that will last from 10 am to 4pm every day this week at some point, outside the Bank on the Main Street.

Angry locals have decided to mount the picket after a public meeting attended by over 200 people in Stepping Stones on Thursday night.

All of the local councillors from Sinn Fein, SDLP, UUP DUP and Independent councillor Bernice Swift have thrown their weight behind the week- long campaign.