History brought to life in Glenties 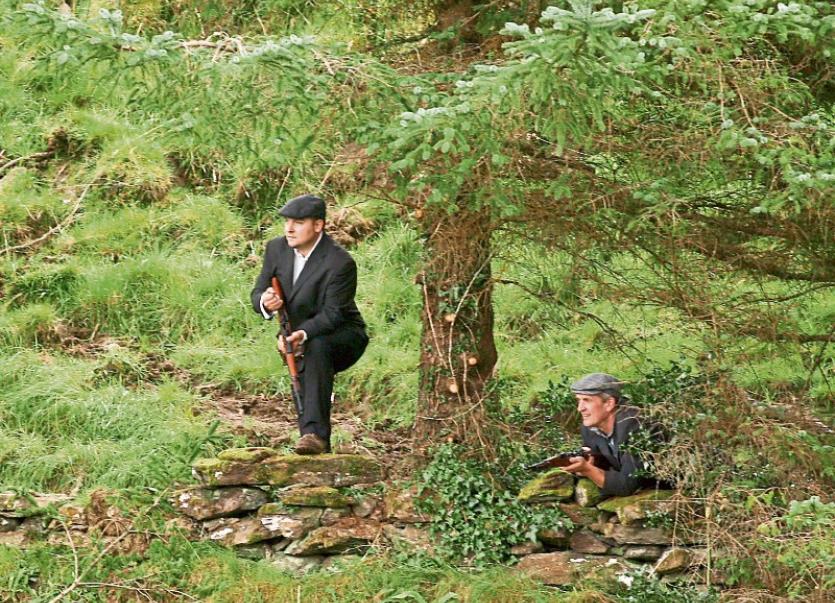 One of the last acts of the War of Independence took place just outside Glenties in June 1921, when an IRA column ambushed a convoy of RIC and Black and Tans at Derries, Kilraine.

Yesterday afternoon, hundreds of people gathered along the N56 about a mile outside of Glenties on the Ardara side, to watch a re-enactment of the fierce battle at the site of the original attack.

The dramatic re-enactment was part of this year’s Glenties Harvest Fair Festival which has a particular focus on history and culture to mark the centenary of the Rising.

The idea for the re-enactment came from local man Ernan O’Donnell, who said he had heard stories of the ambush since his childhood.

“I’d have been hearing all the different stories since I was able to listen,” Ernan said.

In the 1921 ambush at Kilraine, an IRA column ambushed a convoy of RIC and Black and Tans who were on their daily patrol from the garda barracks at Glenties to Killybegs.

Yesterday’s re-enactment was carried out largely in real time, with Ernan narrating the action and sounds of gunfire filling the air from speakers set alongside the audience.

As the first steel-plated Crossley passed the junction of what is known locally as the High Road and the N56, shots rang out. A member of the Black and Tans was shot, later dying of his injuries at the county infirmary in Lifford.

One member of the IRA column was injured in the gun battle that followed, and taken to a nearby safe house.

Zachary Gillespie, who took part in the re-enactment, called it a great experience. “It was great to get involved in a piece of local history,” he said.