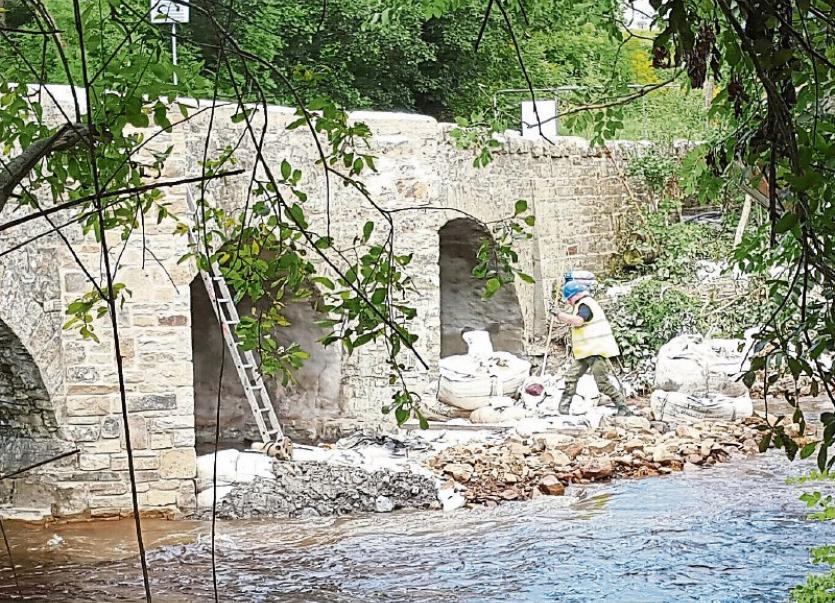 Repairs being made to the bridge at the end of August.

The Four Masters Bridge near Kinlough, which has been closed since last December, is set to re-open at 5.30pm today.

A spokesperson for Donegal County Council said that repair works are still ongoing and traffic will be managed using traffic lights until the works are complete".

The historic triple-arched bridge over the Drowes River between Ballyshannon and Kinlough was originally built around 1780.

It was closed in December after high waters caused by exceptionally heavy rains caused considerable damage to the structure.