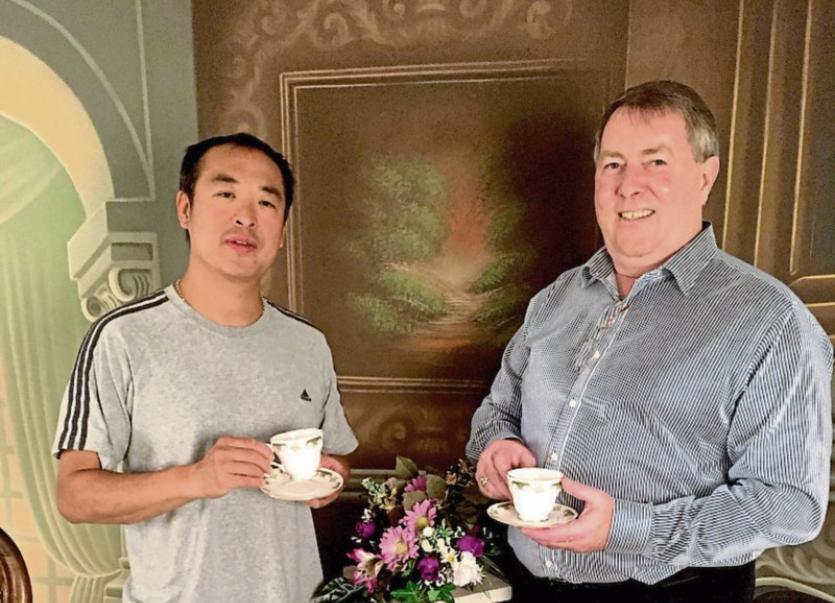 A steady stream of people made their way to Christeph Photographic Studio on Thursday for coffee, tea and treats to benefit Donegal Hospice.

The photographic studio at Lower Main Street in Letterkenny was among venues across Donegal and across the country that took part in National Hospice Coffee Morning day on Sept. 15th.

Photographer Brian McDaid posted to Facebook on Thursday evening that they had raised €930.53, thanking everyone who had taken part.

After Brian posted the total, DJ Tubbsy and TC Promotions from Arranmore Island posted to say he would bring their total up to €1,000, and Peter Blake of Peadar Jim maintenance donated an additional €100, to bring the total to €1,100 euro.

“I’m very happy with it,” Brian said. “A good local cause and all the money raised goes to it.”

Brian and Eileen McDaid said the response was strong all day. Brian said some supporters had left money through the letterbox earlier that morning because they were unable to attend.

“It was a very successful day,” Eileen said. She said people were bringing sandwiches and cakes as well as money.

Brian also set up an old-style studio setting, complete with studio lighting, on the first floor, where supporters of the coffee morning could go to take selfies.

Pictured above at the coffee morning were Georgie Chan and Cllr Gerry McMonagle.