Sister Mary Dolores Sweeney honoured for her work in coordinating a response to the Ebola crisis in Sierra Leone. 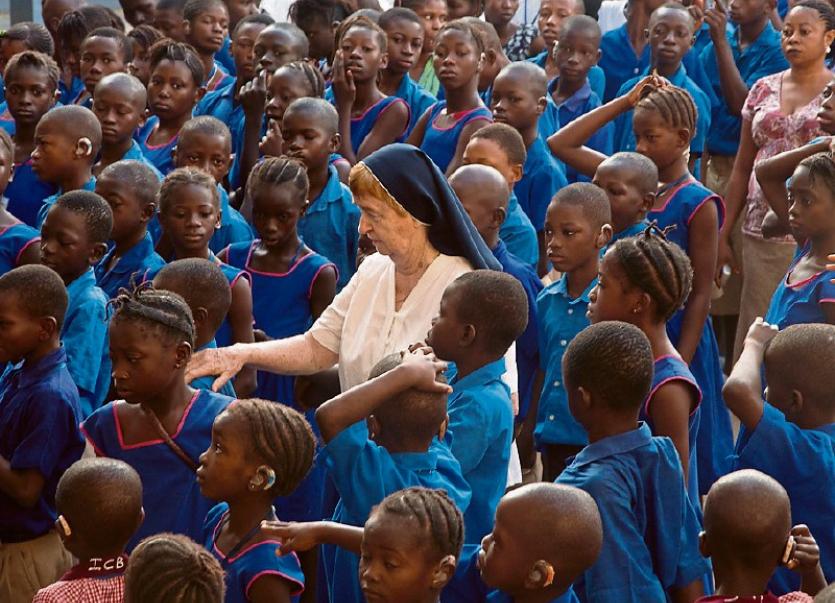 A Dungloe-born sister is one of this year’s recipients of the Presidential Distinguished Service Awards for the Irish abroad for her role in coordinating a response to the Ebola crisis in Sierra Leone.

Sister Mary Dolores Sweeney has lived and worked in the west African nation for 44 years, working with disadvantaged people through the years of civil war and the Ebola epidemic. She founded St. Joseph’s School for the Hearing Impaired in the Sierra Leonean city of Makeni.

Sister Mary, of the Sisters of St. Joseph of Cluny, said she was very honoured, and was also quick to say that she was part of a team.

She also credited the work of aid organisations Trocaire and Goal, and of Irish Aid.

Calling herself a proud Donegal woman, Sister Mary said she was also “proud of our people that have helped me right through 44 years.

“I do know that half of Donegal could be standing in for me because they help me all over Donegal,” she said.

Currently in Dungloe on a visit home, Sister Mary said she was very happy to have been invited into schools since she's been back.

She said that during the Ebola crisis, “it was what came in from Dungloe, and Donegal, and friends, that kept us giving when there was nothing else.” That relationship has been built over the years, she said.

While the all-clear was declared in January, Sierra Leone is still dealing with the aftermath of the terrible disease. The order’s schools enrol about 2,000 students, and “many, many of those children would have lost their parents” to Ebola, Sister Mary said.

The government’s announcement of this year's recipients also noted that in establishing St. Joseph’s school, Sister Mary “has given education, skills training and life opportunities to the most vulnerable of people”.

The awards will be presented in December.