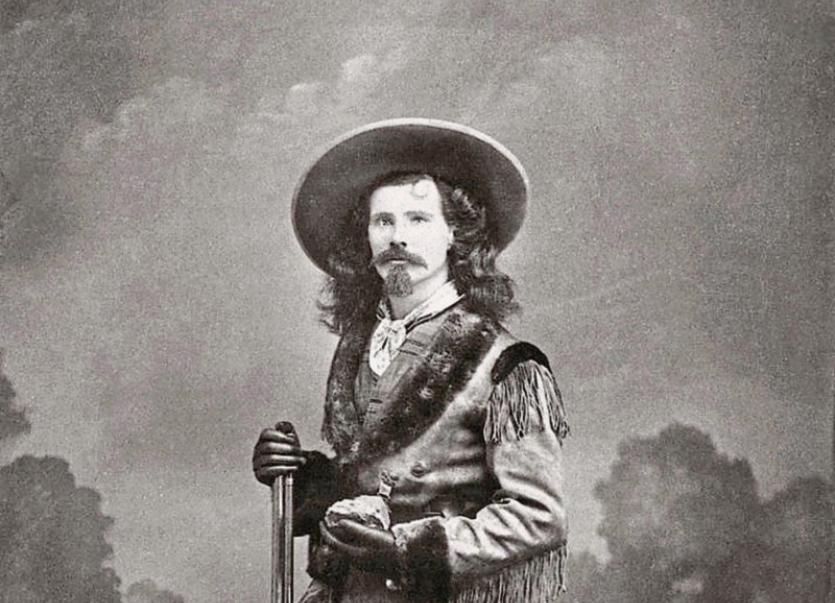 A plaque will be unveiled in Carndonagh next month to remember one of Inishowen’s most colourful sons, American adventurer John Wallace “Captain Jack” Crawford, known as the “The Poet Scout”.

“We’re absolutely delighted that this unsung hero of Carndonagh is being honoured in this way,” Maud Hamill, a member of the Ulster History Circle committee, said.

A plaque will be unveiled at 2pm on Saturday, October 1st in the Diamond in Carndonagh, at a house where Captain Jack lived as a boy. The family moved to the States in 1861.

Following the unveiling, Seán Beattie, editor of the Donegal Annual, will deliver a talk on Captain Jack at the Colgan Hall.

This will be the 207th blue plaque the Ulster History Circle has installed over the past 30 years and their first in Inishowen.

Born in Carndonagh in 1847, Captain Jack was one of the most popular performers in late 19th-century America, and a master storyteller about the Wild West.

He became a national hero after his daring, 350-mile ride to carry dispatches from the Battle of Slim Buttes during the Great Sioux War in 1876 to Fort Laramie in Wyoming for the New York Herald newspaper. His dispatches made the wire five hours ahead of the competition.

In the 1890s, he built the reputation that saw him become “The Poet Scout”, writing and performing poetry about the American West and its people.

“His poetry is lovely,” Maud said. “I’ve read it – it’s beautiful.” He returned to the family home in Donegal in 1894 and gave a concert at the Carndonagh courthouse. He died in New York in 1917.

The voluntary Ulster History Circle covers the nine counties of historical Ulster, and has installed plaques in Raphoe and Ramelton, and in Cavan and Monaghan.

Maud said the Ulster Scots Agency nominated John Wallace Crawford for the honour and funded the plaque and thanked the Colgan Community and Heritage Group for their support.