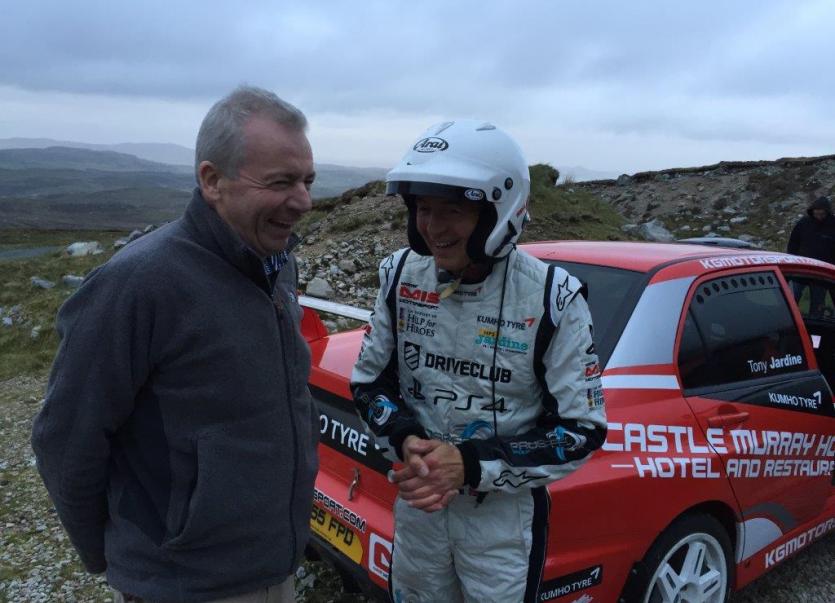 The Organisers of the Bayview Hotel Martin Howley Memorial Harvest Stages Rally have released details of the entry list and itinerary for the Rally, now officially regarded as the biggest one day rally held in the country this year.
Clerk of the Course Karl Reid commented:
“The quality of our entry is fantastic. I am not sure if we have ever had three Donegal International Rally winners as the top three seeds on the Harvest Rally in WRC cars. Number one seed Declan Boyle will be followed off the line by Garry Jennings and 2016 winner Manus Kelly for what looks like a blistering days’ motorsport. “
“Right behind them comes multiple National Championship winner Niall Maguire in another WRC car. It’s an epic entry, right through the field and in every class.  The Modified class is a rally in itself, with Club Chairman Brian Brogan, fresh from a brilliant win in the National part of the Cork 20 at the weekend, taking his place among the hottest of categories.”
“Formula 1 commentator Tony Jardine is flying in from London to take part in the rally. He was due to take part in the Donegal International Rally last June but changed to the Harvest when he heard that it was to be named in Martin’s honour. They were great friends and he drove Martin’s rally car on the 2015 International Rally. He will be carrying a special tribute to him on his car.”
“ At the last count we had 164 entries in the main field plus 8 Junior entries. The numbers will fluctuate a little before the start but it is easily the biggest entry for a National Rally in the country this year.  The organising team is flat out and we are looking at a record day in Killybegs.”
“Our list of Rally programme retailers is now available online and Rally programmes with maps, entry lists and other information are currently on sale. We have released a rally guide and a time and distance schedule online to help competitors with essential information.”
“We want to acknowledge the help from everyone in Killybegs and all the areas affected by the rally stages. We are also working closely with An Garda Siochana and would ask everyone attending to help us make sure that we enjoy a safe and enjoyable event in Killybegs this weekend.”
“We are once again asking for anyone who can act as a marshal to contact the Chief Marshal for the Harvest Rally, Mr. Francie Devine on +353-87-620-5328 and on +44-785-108-4821 as strong spectator numbers are expected.”
Event Secretary Yvonne Watters may be contacted on: harvestrallysecretary@gmail.com