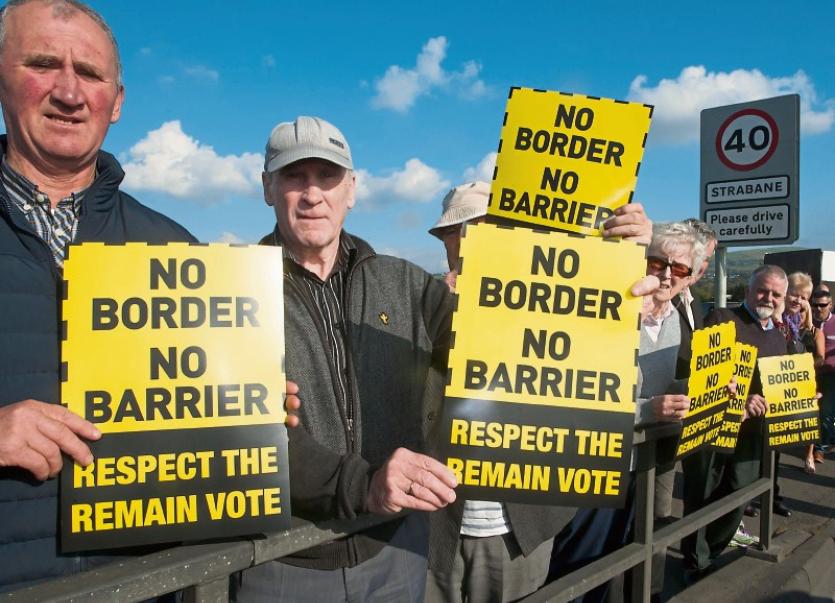 Brexit could destroy the economy and have huge implications for businesses north and south of the border, according to those who spoke at the anti-Brexit rallies this weekend.

Hundreds of people came out to demonstrate against Brexit, at six different locations along the border region, on Saturday.

Speaking at the rally in Bridgend, the Chief Executive of Enterprise North West, John McGowan said that Brexit will destroy the economy and make the entire island of Ireland “poorer.”

“The pound's falling, I'm worried about that.

He said that Brexit could have a negative and adverse impact on border towns, such as, Letterkenny.

He said that he could see such towns suffer as a result of Brexit.

In Lifford, pharmacist, Tom Murray told all political parties to unite and say no to Brexit.

He warned of importation taxes crippling businesses north and south of the border.

He urged people to make their voices heard now rather than wait until decisions are made on their behalf.

He said: “People are concerned and it is the uncertainty that is causing concern.

“The people of the north voted and their democratic vote is not being listened to.

“We are all worried about the current currency fluctuation, which is massive,” he said.

Ms Harkin said: “I don't think that people realsie the full implications yet-this will be catastrophic for people in this region and this island as a whole.

“It will hit every strand of the community, areas like these, depend on tourism and agriculture and these will be greatly affected.

“Forty per cen t of our agricultural exports go to Northern Ireland and the United Kingdom.

“This was a great meeting today, there were no flags waving, no parties claiming ownership,” she said.

Many public representatives attended the rallies, amongst which were councillors, senators, MLAs and MEPs.