Concerns for unoccupied houses in Letterkenny

Vacant houses could be a "beacon" for anti-social behaviour - claim 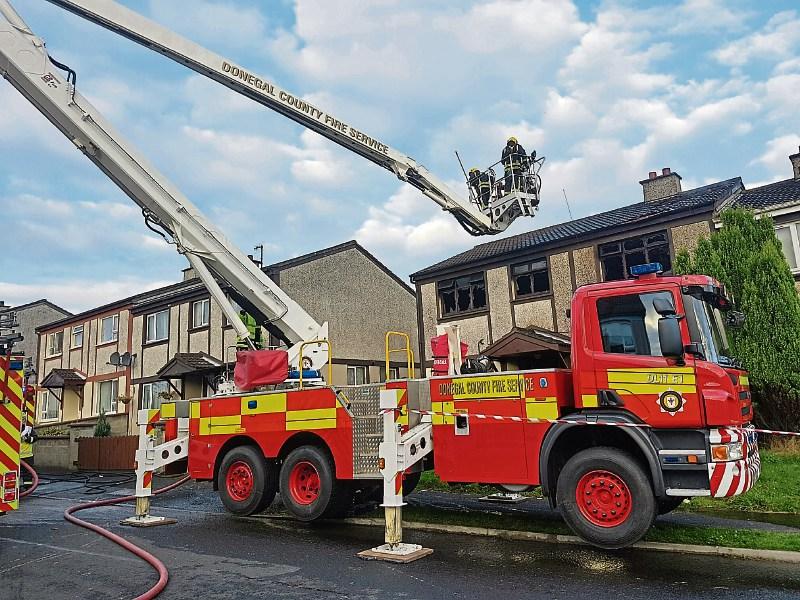 Fire services at the scene of the fire in the Meadowbank estate.

A Letterkenny area councillor has urged banks who have taken over properties in a Letterkenny housing estate to secure them so they won't be used as “a beacon” for antisocial behaviour.

Councillor Gerry McMonagle was speaking after a house was destroyed by fire in the Meadowbank estate yesterday.

The house had recently been vacated and was being refurbished by the landlord at the time of the fire. The matter is being investigated by gardai.

Cllr McMonagle says that despite the good work of the local community, the condition of some houses owned by banks on the estate was "very poor".

“The whole issue with unoccupied houses within the estate is one where I would be calling on landlords, especially the banks that hold a lot of the keys for those houses, to go up and secure those homes and prevent them from being used in in antisocial behavior. My fear it that now you have one unoccupied house burned out, you could have people saying 'We’ll burn this one or we’ll burn that one'. Certainly homeowners, landlords and especially banks, should support the people of Meadowbank and secure the houses. If they need to, then board them as it will help stop people going in to them.

“They have a very good residents' association up there and responsible community members who do a lot of good work. But that work is being undone by these landlords, the banks who are allowing these properties to deteriorate and they are becoming unsafe. They are becoming a beacon for those involved in antisocial behaviour,” he added.