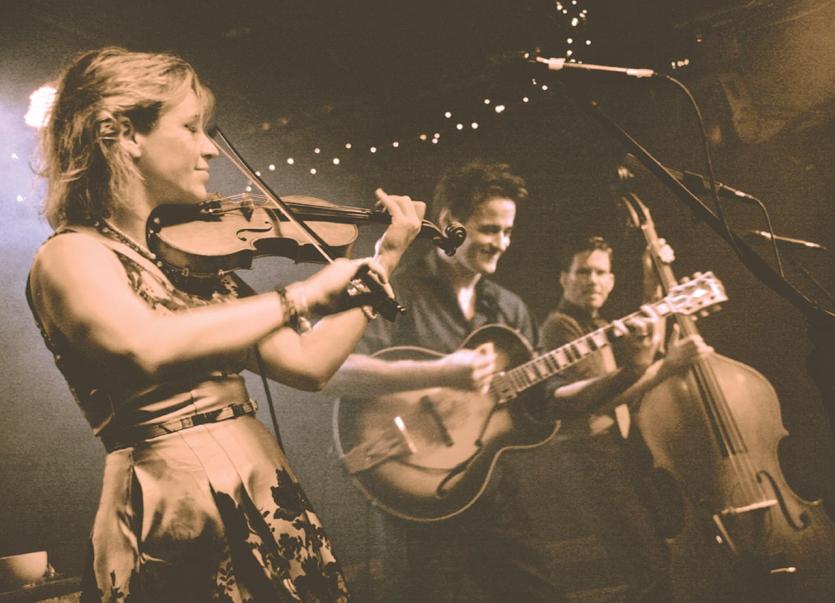 The Hot Club of Cowtown bring their exhilarating blend of ragtime, blues and country to the RCC tomorrow night (Wednesday, 26th)

There's plenty happening this week to entice you away from your cozy fire and telly. And it's all more than worth getting up and moving for!

Make your way to An Grianan Theatre this Friday for a very special night inspired by classic Gothic literature headlined by hit theatre production Female Gothic at 8pm.

The evening begins from 7pm with a selection of suitably spooky music in the foyer from members of the Donegal Chamber Orchestra. Senior members of An Grianán Youth Theatre will perform extracts from Frankenstein as well as classics from Edgar Allan Poe and Emily Dickenson to get audiences in the mood for the feature event of the evening: Female Gothic.

Female Gothic is an acclaimed theatre show from Olivier Award winning director Guy Masterson and performed by Rebecca Vaughan of Austen’s Women fame. Call An Grianan Theatre for more info on 074 91 20777 or go to www.angrianan.com

Doug Allan – In The Company Of Giants

What’s it like to face a hungry polar bear and its cubs as they emerge from their den? Or to swim eye to eye with an enormous Southern Right Whale? How do you look for killer whales in vast reaches of the seas around Antarctica?

Join Doug for an unforgettable evening of extraordinary animal adventures and unique wildlife film footage. Ask Doug questions about his encounters and travels, and discover what it’s like to be up close and personal with nature’s biggest creatures.

He’s at An Grianan Theatre this Thursday 27th October and at the the Balor Arts Centre on the 8th November.

The Halloween Shindig takes place this Friday in Voodoo Vintage, Letterkenny and I’m sure there’ll be lots of quality Halloween themed acts, mainly musical, for your terror and delight. I’d take a fair guess that most of the audience will take the chance to dress up too. The fun starts around 10ish.

A new festival for the diary takes place in Ramelton this weekend, and hopefully it’ll become an annual event. For more details on the festival, go to www.djangosurlennon.com or check out the festival Facebook page. 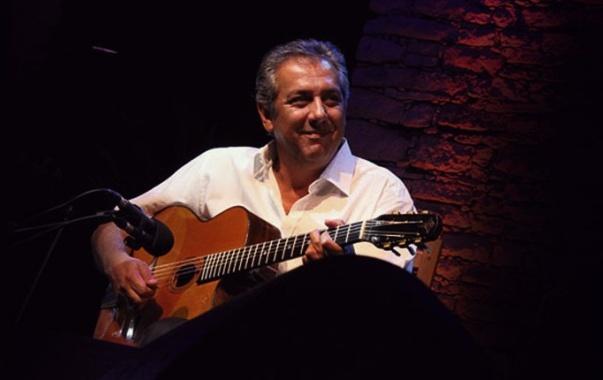 One of the world’s top gypsy jazz guitarists, Romane (pictured above) will play a concert in Ramelton Town Hall on Friday. He will also give a guitar workshop there on Saturday . ‘Django Sur Lennon’ is already being described as the biggest gypsy jazz event in Ireland in 2016. Other top names on the way include guitarists Dario Napoli (Italy),  Irene Ypenburg (Amsterdam) and  Kourosh Kanani (London).

The festival weekend will feature a series of concerts in Ramelton Town Hall, as well as gigs and acoustic sessions in local pubs. All musicians ,both local and visitors, no matter what level you are at or what instrument you play,  are more than welcome to bring their instruments and join in. There will also be guitar and fiddle workshops for both gypsy jazz enthusiasts and players from other genres, including classical and traditional.

The ‘gypsy jazz’ style is associated with the playing of one of the greatest guitarists who ever lived, Django Reinhardt (1910 – 53), a Romany gypsy in France. He formed a famous partnership with the jazz violinist Stéphane Grappelli.

Weekend tickets for ‘Django Sur Lennon’ are available at An Grianán Theatre in Letterkenny and on www.angrianan.com, price €55.

For two decades, Hot Club of Cowtown have been setting stages ablaze with their intoxicating blend of jaw-dropping virtuosity and down-home melodies, weaving together country, ragtime, big band jazz and blues to awesome effect.

Based in Austin, Texas, the globetrotting trio have toured with everyone from Bob Dylan and Willie Nelson to Roxy Music. Oozing warmth and charm, bassist Jake Erwin, guitarist Whit Smith and fiddler Elana James use every trick in the book to get those feet tapping: playing loose with tempos or ratcheting up the intensity with fretboard-blistering guitar licks, virtuosic fiddling and a Rockabilly-tinged slap-bass style. They are in the Regional Cultural Centre in Letterkenny this Wednesday 26th and the show starts at 8pm.

On Thursday night, also at the RCC, Rant, four of Scotland’s finest fiddle players, two from the Shetland Islands and two from the Highlands. Bethany Reid, Jenna Reid, Sarah-Jane Summers and Lauren MacColl join forces to create a rich and vibrant sound. Using just their fiddles, they weave a tapestry of melodies, textures, layers and sounds. Known for their work as soloists and with various bands, this is a celebration of the instrument they all have a passion for. Four fiddles = one beautiful sound!

Since the release of their debut album ‘RANT’ in 2013 which won them critical acclaim, the band has made major festival and concert appearances across Europe. Described by Songlines as “An irresistible journey through reels, strathspeys and jigs” and by Roots as “dignified, deep and profound music”, Rant is Scottish fiddle music of the highest order.

Tickets and info from 074 9120777 or www.regionalculturalcentre.com

A celebration of the music of Frankie Valli & The Four Seasons in the Balor Arts centre, Ballybofey on Thursday, November 3rd.

The Ragdolls take you on a musical journey through the sounds of one of the most successful bands of all time! This full 8 piece live band recreate the iconic sound of The Four Seasons through classic songs such as ‘Sherry’, ‘Walk Like A Man’, ‘Oh What A Night’ and many more.

Aine McKenna with her entry to the RTÉ Christmas competition