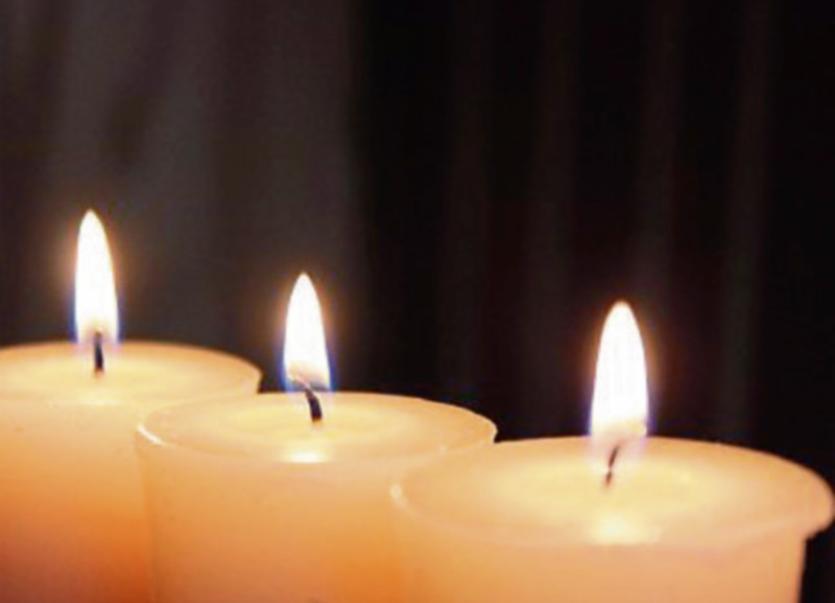 The death has taken place at Letterkenny University Hospital of Kathleen Gamble (née Bryceland) late of Sessiagh, Castlefin and formerly of Milford.

Reposing at her home with funeral leaving her home on Saturday at 10.20a.m for Requiem Mass in St Mary`s Church, Castlefin at 11am.

The death has taken place at Antrim Area Hospital of Alison henderson Roulston (née Blair) late of Crievesmith, Letterkenny, and Antrim and wife of the late Stuart Roulston.

Funeral Service at Gibson's Funeral Home, Convoy on Friday, 28 October, at 1.30pm and burial afterwards in the family plot at Gortlee Cemetery.

The death has occurred of Anne Crookshank late of the Convoy Cottage in Ramelton at Aras Ui Dhomhnaill Nursing Home, Milford.

The death has occurred of Packie Bradley late of 372 Glencar Irish, Letterkenny at the Donegal Hospice.

Funeral Mass on Sunday, October 30th at 12 noon in St Eunan’s Cathedral with interment afterwards to the family plot in Conwal Cemetery.

Family time from 11pm to 10am and on the morning of the funeral. Family flowers only. Donations in lieu to the Donegal Hospice c/o Con McDaid and Sons or any family member.

The death has occurred of EllieCorley (née Greene) late of London and Crickamore, Dungloe, Donegal.

Removal from McGlynn's Funeral Home, Dungloe tomorrow, Saturday, October 29 at 5 pm to her family home and removal to Acres Church on Sunday evening for 7pm. Funeral on Monday after 11am Mass to Belcruit Cemetery.

The death has occurred of Kathleen Curran late of Kildrum Lower, Killea.

Removal from her late residence on Sunday, October 30th, at 10.15am for 11am funeral Mass in The Church of All Saints, Newtowncunningham with b urial afterwards in the adjoining cemetery.

Donations, if desired, to The Oncology Unit, Letterkenny University Hospital.

Remains reposing at her home today Friday, October 28th, from 8pm. Funeral leaving her home on Sunday, 30th, at 10.20 am for 11am Requiem Mass in the Church of Mary Immaculate, Stranorlar followed by interment in Stranorlar cemetery.

Donations in lieu of flowers please to the Cloghan Day Centre c/o any family member. Family time from 11pm until 10am and on the morning of the funeral.

He remains are reposing at her daughter Rosemary McMonagle’s home at Tievalough, Glenties.

Removal from there at 11.30 am on Sunday for 12 noon Mass in The Church of the Holy Family, Edeninfagh, with burial afterwards in the adjoining Cemetery.

Family time from 11 pm each night and on the morning of the funeral. Family flowers only please, donations if desired to Killybegs Community Hospital, c/o any family member.

The death has occurred of Joe SWeeney, late of Carrowtrasna, Greencastle.

Removal from his late residence on Sunday, October 30th, at 11.15am for 12noon funeral Mass in St. Mary’s Church, Ballybrack.

Family time please from 10pm until 11am. Donations in lieu of flowers to The Donegal Hospice.