Glenswilly bow out of Ulster 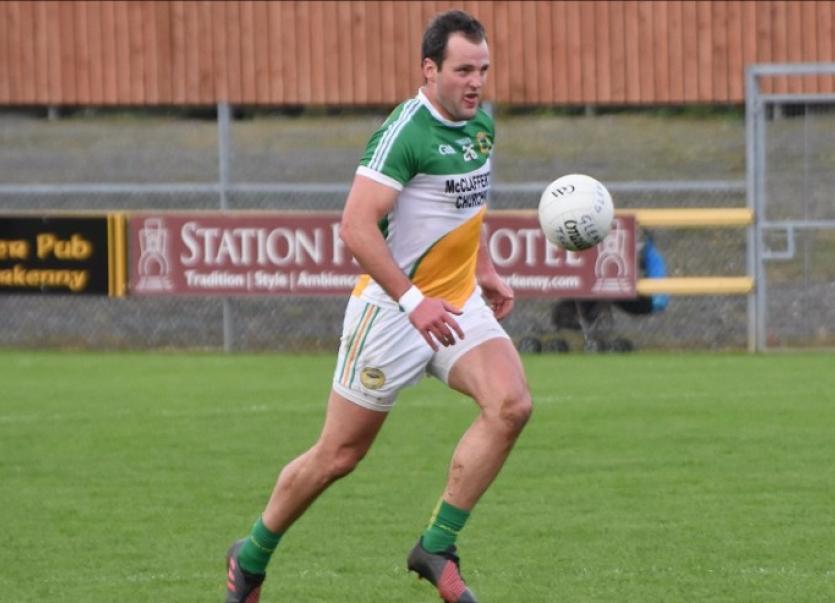 Michael Murphy, did his best for Glenswilly

Kilcoo are through to the Ulster semi-final after a bruising encounter with Glenswilly in Newry.

The turning point in this game came in the 42nd minute when Cathal Gallagher was red carded for Glenswilly after he fouled Conor Laverty. It was a double whammy for Glenswilly as Darragh O'Hanlon fired home the penalty.
Minutes earlier Gallagher should have had a goal for Glenswilly when they led 1-6 to 0-7. But the goal put Kilcoo ahead by 1-8 to 1-6 and they never looked in danger after that.

Just before the end Glenswillly were reduced to 13 when Brian Farrelly was red carded for a late challenge on Darragh O'Hanlon.
They were able to close out the game with some good points as Glenswilly wilted. In the end they were comfortable winners.
In a very close opening half, Kilcoo had the better start and were camped in the Glenswilly half for the opening ten minutes.
Daragh O'Hanlon had Kilcoo on the board on four minutes from a free and Paul Devlin doubled the lead two minutes later from a 45m free.
But there were signs that Michael Murphy was going to cause Kilcoo problems, although he picked up a yellow card early on.
Then a high ball was fielded by Murphy and he offloaded to Brian Farrelly to open the Glenswilly account.
Ryan Johnston had Kilcoo's third while Murphy was short with a 45m free and Eugene Branagan opened the gap to three by the 15th minute.
But the second quarter belonged to Glenswilly with Caolan Kelly finding Murphy who tapped over. After a good offload by Murphy, Brian Farrelly fluffed a good goal chance while Paul Devlin went short from a free at the other end to set up Ryan Johnston for a fifth point.
Gary McFadden tapped over a free after Murphy was fouled on 21 minutes and Oisin Crawford followed up with a magnificent score from the sideline.
Then came the big score of the half on 26 minutes, Murphy setting up Brian Farrelly, who was upended as he went for goal. From the penalty Murphy found the corner of the net to put Glenswilly into a 1-4 to 0-5 lead.
On the stroke of half-time Paul Devlin converted a 20m free from near the sideline to leave it 1-4 to 0-6 at the break.