Frustration over lack of Maghery funding 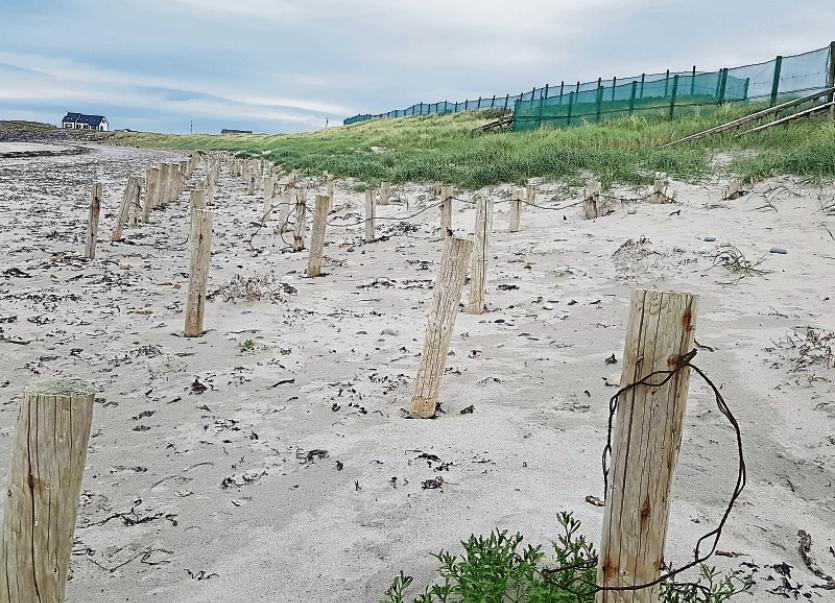 Glenties Municipal District councillors said Donegal County Council and Donegal TDs must push for funding for coastal defences at Maghery, after the OPW turned down an application for funding for the work.

“Doing nothing is not an option,” Cllr. Terence Slowey, Donegal County Council cathaoirleach and municipal district councillor, said this afternoon at the November meeting of the Glenties Municipal District.

Earlier this month, the Office of Public Works (OPW) rejected a council application for funding for coastal defences that the village of Maghery has sought for the past three years, ever since November 2013 storms badly damaged a lathe system that was in place to build up dunes.

David Friel, county council coastal officer, told Glenties district councillors at today’s meeting that the council has sought clarity from OPW on their reasons for turning down the application and will proceed once those clarifications are received. Cllr. Marie Therese Gallagher, Glenties Municipal District cathaoirleach, said the Maghery community is not simply disappointed with the OPW decision: They’re angry, she said.

“They can see that their community is under threat,” Cllr. Gallagher said.

Mr Friel said said he understood the community frustration and said the council had spent considerable time and resources on the application, with a great deal of local cooperation. “We’ll get clarity and move on,” he said.

Cllr John Sheamais Ó Fearraigh said it was time to include Donegal TDs in lobbying efforts for funding for the Maghery work.

“It has to be brought to a head,” Cllr. Enda Bonner said.