Donegal - through the eyes of a Chinese family living here

"Fujian is known back home as "an emigration city" - like Ireland there was a tradition of emigration for economic reasons. We didn't have to emigrate but I just wanted to see more of the world and look for new opportunities." 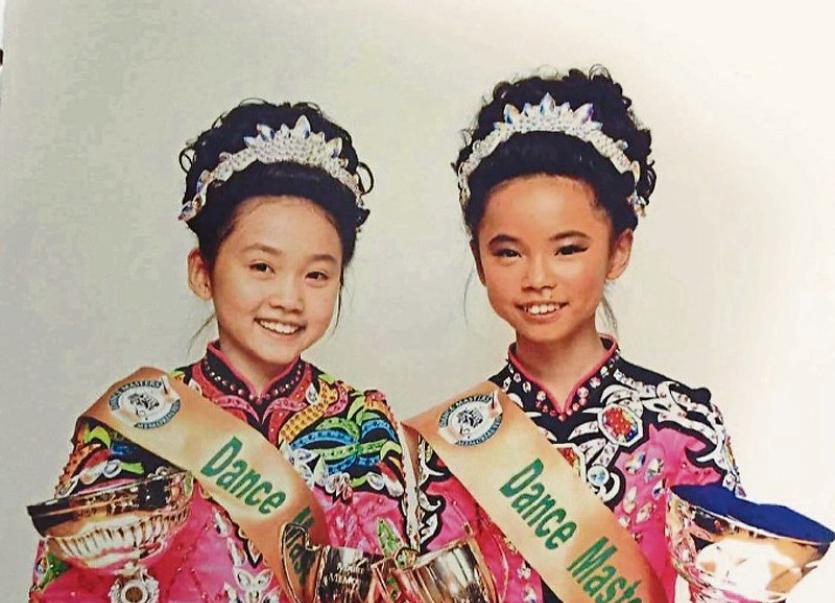 Without a doubt, masters of the dance Ailbhe and Seoda . INDD 1011 Ting 3 MVB

We are all more than familiar with the expression “More Irish than the Irish themselves” - this applies without a doubt to one Chinese family who have been living in Donegal Town for the last thirteen years and have totally immersed themselves in Irish culture and tradition.

Tin Wang and Liu Changyue come from Fujian, a town in South East China, almost directly opposite Taiwan. After getting married in 2003 they made the decision to come to Ireland.

Liu told the Democrat, “Things were quite different back then. China was not as economically stable as it is now. Fujian is a very beautiful place but totally dependent on both fishing and farming.

“I had a good job as a telecommunications engineer and as a family we were comfortable but it was very much a communal system - we all went to work together in the morning, came back in the evening and had dinner in the Community Centre. I am not talking about my family, I am talking about the whole village.”

His wife, Ting, came from a family of teachers, “My father, mother, sister and myself were all teachers in the one school. It was very funny when a phone call would come to the school looking for Mr/Ms. Wang we would all answer. It was through the school that I met Liu - my father was his teacher.

Liu said, “Fujian is known back home as “an emigration city” - like Ireland there was a tradition of emigration for economic reasons. We didn’t have to emigrate but I just wanted to see more of the world and look for new opportunities.

“I did a lot of research and that was difficult as there is no google or You Tube in China, but eventually I discovered an advertisement for a job from White’s Hotels in Lisdoonvarna - the rest is history. I ended up in the wilds of Clare.

“It was a very strange place, very quiet, the food was different but there were ten of us and we made the most of it.

“I was transferred up to Donegal for the winter season and to this day I am very thankful to two people who had a great influence on my life - Jim White and Kay Mc Aleavey. Mr. White ensured I could stay in Donegal and then later when Ting came over, he ensured that both of us could be together here.

“Kay was always a great influence on us and helped Ting through her pregnancy so much so that she practically chose the names of my four children. Ailbhe, Seoda, Niall and Niamh.

Asked his first impressions of Donegal he replied: “It was very different to us - the climate back home is sub tropical which means a lot of heavy rain but quite warm at the same time. It took us some time to get used to the frost, and even some snow, but the friendliness of the people made up for it. Everybody was just so good to us and so welcoming.”

He added: “As you probably know when most Chinese come here 90% of them enter the restaurant trade and stick very much to themselves. We didn’t want to go down that road, we wanted to become part of the community. There wasn’t much point in travelling thousands of miles to live exactly as we were at home.

“Obviously sometime in the future I would love to get the opportunity to use my engineering skills, but for the moment, I am happy. They are very good to me in the hotel and give me the time off when I need to bring the children to their dancing.”

Ting has embraced the Irish way of life: “Ireland is my home and I love it. It is the birthplace of my four children and I am really happy to be here. Of course it was difficult at the start - the culture, the food, the climate. I missed my teaching at the start and I still would love to go on some course that would get me into the workplace

“At the moment I am a full time housewife with three committed Irish dancers who just love everything Irish - the music, the dance and even the language.”

Ting’s three daughters are all excellent Irish Dancers and have danced at the highest levels with the McNelis Cunningham School of Dance now the Dance Academy. Ailbhe has danced in the World, the British, the National and All Ireland Championships; Seoda in the Nationals, British and All Irelands; Niamh has just started. As for young Niall he has not shown any interest in becoming another Michael Flatley but is a great “box-player” with an ambition to play in the town band.

Ting explained how the interest in Irish dancing was prompted by accident: “To be honest at first it was an accident. We didn’t know much about Irish dancing at the start. My sister has a dance school at home but purely traditional Chinese dancing.

“I wanted my children to dance and when Liu was going down the town one morning I asked him to look and see if there was a ballet school in the town.

“He was walking past this building and he could hear a loud tapping noise coming out of the building - it was tap dancing. He just knocked at the door and Claire McNelis came out and after a few lessons both Paula and Claire McNelis felt that they were talented and had great potential.

“The girls just love it and are practically addicted to it - every minute they get they are practising. It’s not the competitive side they just love the whole combination of the music and the dance.”

Continuing she said, “When they win something I take the video on my phone and send it to my sister back home and she shows it to all the pupils in her school. The Chinese people are a little more familiar with Irish dance after the Riverdance invasion of the country.

“Irish dancing has just opened a whole new world for us- it is just one big family that knows no boundaries. It has played a very big part in making us all settle and feel very much part of Ireland.”

A spokesperson for the Dance Academy told the Democrat, “ The first day the girls joined the class their talent was evident. They have a mastery of the rhythm and a feel for the irish music that is very unique even among the Irish themselves.

“To have two sisters master the art of Irish dance the way they have and have no Irish roots is to our knowledge unique. I truly believe Irish dance has changed their lives and integrated them into the local community.

“Both the children and parents have found very good true and loyal friends, the children participate at many events locally and local people always remark on their skill, athletic ability and of course the fact that they are Chinese.

“Irish dancing has brought them many opportunities both locally and internationally and I have no doubt the girls will some day be touring their native land of China as leading ladies in Riverdance.”