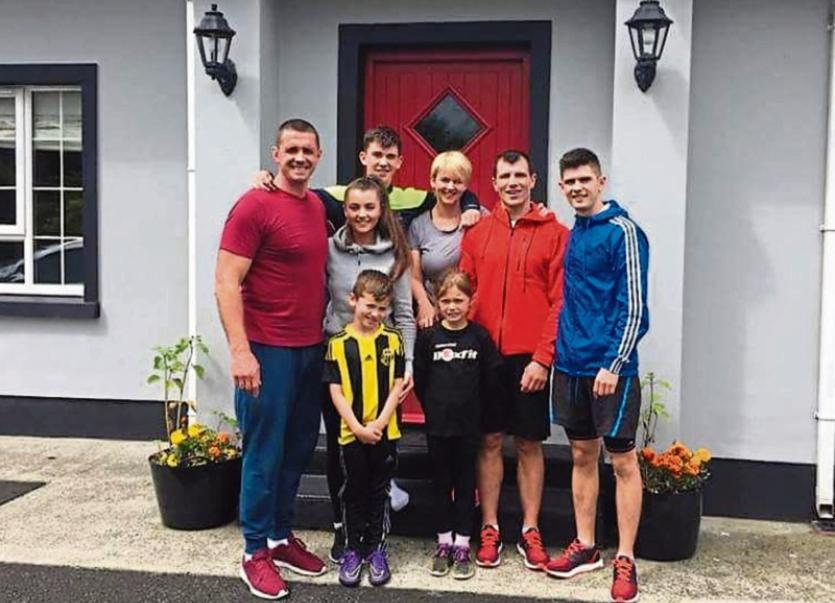 The Donegal family who are taking part in RTÉ One’s Ireland's Fittest Family series are battling tonight to reach the semi-finals of the gruelling competition.

The Ryan family from Kilmacrennan have made it to the quarter finals of series and will be competing with two other families on tonight’s show.
The popular programme sees families throw themselves at some of the most challenging obstacle courses and terrains in the country, in the quest to be crowned Ireland’s fittest family and take home the €15,000 cash prize.
Father Danny, Keane (22), Jordan (17), and Alanna (16) are coached by Irish rugby legend, Alan Quinlan.
In the first of the quarter finals the Ryans will be battling the gruelling obstacle course known as Mayhem in Co Tipperary.
On tonight’s show the Donegal family are up against the Broadhursts from Co Louth, who are coached by camogie champion Anna Geary; and the McCarthys from Co.Clare, who are coached by former soccer international Stephen Hunt.
Episode 5 of Ireland’s Fittest Family is on at 6.30pm on RTÉ One.