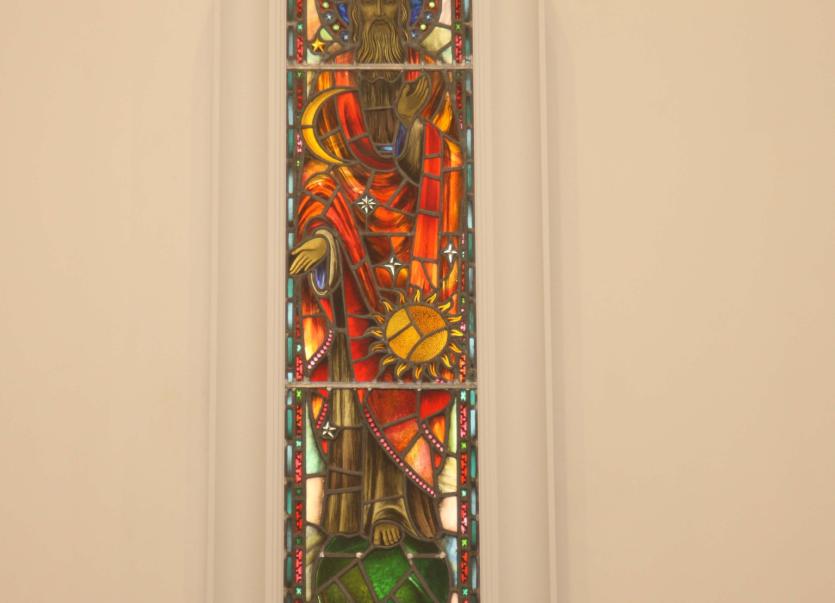 A stained glass window which was made for a church in New Zealand 50 years ago has finally found a home in Donegal.

The glass window was unveiled at the church of St Mary of the Visitation in Killybegs.
The three-panel stained glass window, which is boxed and lit, is entitled God the Father.
The window was made by Harry Clarke Stained Glass Ltd in Dublin in the 1960s, before the company closed the following decade. Harry Clarke, who died in 1931, is recognised as one of Ireland's greatest stained glass artists.
The window was commissioned for a church in New Zealand but never reached its destination. The piece had been kept in storage and was publicly auctioned in the summer of 2015 when it was acquired by the parish.
The window was unveiled by parishioner Anne Kinsella at a special St Catherine’s Day Mass on Friday evening.
It has been installed above St Catherine’s altar.
Two further stained glass windows will be unveiled at a later date and their installation will mark the end of the church restoration project.
Fr Colm Ó Gallchóir said the parish was very lucky to have been able to acquire the window.
The piece was framed by local firm Doherty’s Joinery.

“We had a blank wall and we were looking for something for a number of years,” Fr Ó Gallchóir said. “Most of the parishioners have seen it on Saturday evening or Sunday at Mass and they are absolutely delighted.”