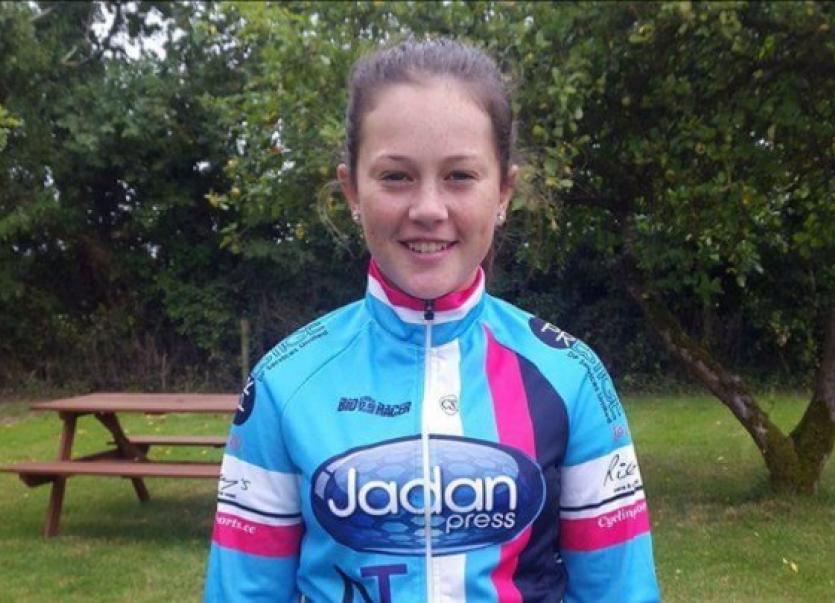 Letterkenny teenage cyclist, Shauna McFadden, has teamed up with an English team for the 2017 season.
Shauna is now officially part of Team Jadan-Weldtite, the women's cycle racing team based in Yorkshire, set up in 2014. She is hoping this development can lead to bigger and better things as she continues in her quest to become a professional cyclist.

The Letterkenny Loreto student, who turned 17 last week, has been making quite a name for herself in recent years with some sterling performances in the saddle. With a move to a new team done and dusted, she is keen to get a good winter's training under her belt ahead of the new season.
"My last race was the Rás na mBan held in Kilkenny in the second week of September. That was a really tough event, the toughest event I've competed in since I started cycling five years ago. But it was a great experience and gave me a real insight into what the top end of the sport is all about," Shauna said.
Shauna has earned herself a reputation as a tough and self-motivated athlete.
"I suppose I am determined, driven, passionate and committed to cycling. Setting goals and then achieving them is the approach I take to the sport, and it works for me," she added.
Every year, Shauna has raised the bar for herself. Last year, she was a member of the Irish team that competed in the Youth Olympics in Georgia. And 2016 is another year she can reflect on with satisfaction.
After coming runner-up in the Phoenix GP in Belfast in April, Shauna landed a superb victory in May when taking in the McCann Cup in Omagh. She also competed in three of the races in the crit series in England. This was followed with a trip to Denmark, where she helped a Danish team to team victory in a three-day event.
"I was then selected to compete in the Belgium Project. I received funding to train for three weeks in the summer in Belgium," commented Shauna, who finished also third in the Irish under-18 championships.
"Rás na mBan brought the curtain down on my season and that's where I teamed up with Team Jadan-Weldtite. I was really impressed with the set-up and how they go about things. I'm really looking forward to riding in their colours next year.

"While I have achieved a lot over the last five years, my ultimate aim is to become a professional cyclist. For now, it's a matter of getting the miles in and building power for next season. There's never any substitute for hard work," Shauna said.
Victoria Hood, manager of Team Jadan-Weldtite said she's excited to have Shauna riding with them next year.

“Girls like Shauna are what this team is all about. When I first set the team up three years ago, our ambition was to find and then develop talented girls, but I also wanted those girls to be good role models and encourage more girls into the sport. The team is made up of girls with amazing potential but they are all lovely and when we are together at races, they all have fun," she said.

"They know when to switch the focus on and at all times I try to encourage a friendly supportive environment. Our youth, junior and senior girls are extremely talented but they also have the right attitude. They really are inspirational and this is why Shauna fits in so well. She is such a tough rider, technically she is great and she challenges herself constantly. The whole team are looking forward to having Shauna along for the ride and as team manager I am looking forward to helping her reach her full potential," Victoria added.