Burned woman in Donegal hotel with flame from aerosol can 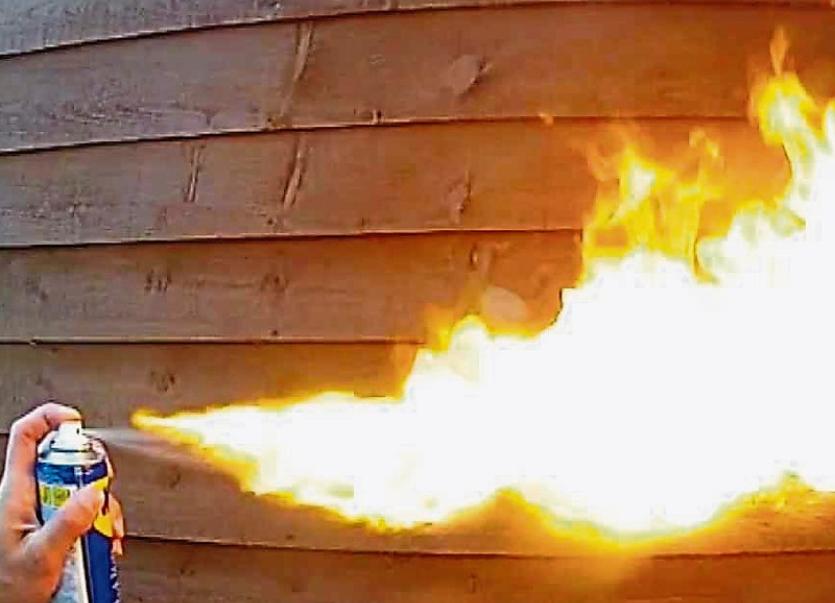 A man who burned a woman in the face at a Letterkenny hotel with a flame from an aerosol can has been jailed for one year.

Kevin Quinn (24) of Killycanavan Road, Dungannon, Tyrone, admitted assault causing harm to Shauna McHugh at Gallagher’s Hotel in Letterkenny on June 22nd, 2015 and possession of an article for incapacitating a person.

Letterkenny Circuit Court heard Shauna McHugh was on a night out during the Donegal International Rally and returned to Gallagher’s Hotel.

Sgt Sean McDaid said she had not been drinking and went to her friend’s room to charge her phone.

She heard a knock on the door and she looked to her right and heard someone at her left. A male in a red top was standing about three foot away. He sprayed an aerosol can in her face and a large flame hit her. Ms McHugh heard laughing and then heard the man say “Oh f***”.

She then heard footsteps running away.

Quinn was later seen on CCTV wearing a different top and leaving through a side door of the hotel.

Gardaí detected his car in the hotel carpark and it was placed under observation. He returned for his car and left at speed. He was then intercepted in traffic.

Quinn told gardaí he and “a load of lads” had been messing around with aerosols and cigarette lighters in the hotel room. He did not know Ms McHugh, but one of the group he was in, knew her. “I was just carrying on with the lads. I did not mean to hurt her,” he said.

He had been drinking since 4pm and had consumed vodka and beer.

Ms McHugh suffered a burn to the left side of cheek and her eyes were swollen.

She was off work for two weeks and suffered psychological trauma.

In a victim impact statement read to the court, Ms McHugh said she cannot wear contact lenses and could not sleep for two months after the incident.

She had to leave her course which would have qualified her to be a pharmacy assistant, or work in the pharmaceutical industry, because it involved the use of bunsen burners.

Quinn, who has a previous conviction for assault causing bodily harm in Northern Ireland, told the court the incident was a “moment of madness”.

Judge John O'Hagan said he was being asked to treat the case as a romp, but he said he had no choice but to impose a custodial sentence.

He imposed a two-year sentence and suspended the last year.