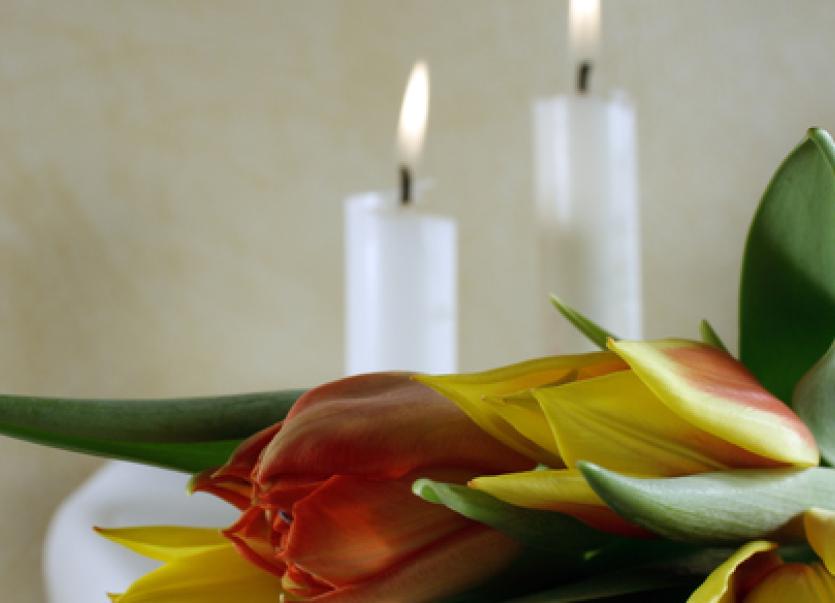 Very deeply regretted was the recent death of the late Jamesie Gallagher, late of Meenmore, Dungloe.
He was 81.
Jamesie, a native of Tully, was one of a family of 13 born to Johnny William Gallagher and his wife, Bridget. Jamesie himself was better known and affectionately and well-known as Jamesie Johnny William.
He was the second eldest in the family and the oldest boy. As such,he felt a great sense of duty and care and responsibility to his siblings.He took this very seriously and dedicated his whole life to his family. As well as all of his siblings, all his brothers and sisters, he worked seasonally in Scotland and always made a point of sending money back to the family at home in Tully.
Here at home he worked for the Board of Works. He worked for them all over Co. Donegal. His job title was that of Marine Works Foreman. He worked at the building and repairing of piers, slipways and quays.
He was also involved with the maintenance of navigational lights around the coast and time and time again had to check on them to ensure that they were always in good working order and condition.
This meant that, with Jamesie in charge, it was always safe along the coast for seafarers. He kept the lights in shipshape order and condition on the mainland as a symbol of guidance and hope for those at sea, possibly sometimes navigating in choppy waters.
His work brought him to so many parts of Co. Donegal - Greencastle, Moville,Glengad, Killybegs, Burtonport, Malinbeg in Glen, Portnablagh and Baile na Sagart , St John's Point, Dunkineely.
His work also took him to the islands, such as Tory and Gola. Outside of Co. Donegal, the two main places that he worked in were Achill, Co. Mayo and Youghal, Co. Cork.
During his working life he was absolutely meticulous in everything he did, record keeping where all his jobs were concerned and in his dealings with all of the other workers.
His Board of Works' Log Book was meticulously kept in good order. He worked for them for all of 40 years and his work motto always was, "If it's worth doing, it's worth doing well".
He retired in 2001. By the time he retired the Board of Works had become known as the Department of the Marine. He enjoyed 15 good years of retirement afterwards.
He married Mary Bridget, sadly, they lost their first baby, Martin. Their son, Joseph, and daughter, Breda, and grandchildren followed afterwards. His family were the foundation of his life - Mary Bridget, Joseph and Breda, grandchildren and extended family. He was very much very grounded in his family, being a great family man altogether.
Many people attended the wake in the family home in Meenmore after Jamesie's death in Dungloe Community Hospital. They were all there to pay their last respects to a very faithful and loyal member of the community, who was so well liked and highly respected, and to sympathise with his sorrowing family and extended family.
His Funeral Mass was celebrated in St Crona's Church by Fr Nigel O Gallachoir, S.C., with St Crona's Church choir also in attendance. Speaking at the beginning of the Mass, Fr Nigel stated that Jamesie had been a long disciple of the Church, faithfully attending the 9am Mass every Sunday morning.
Describing him also as a man who loved life, he said that he had been a very loyal, faithful, loving and devoted husband, Dad, grandad and brother and son. He also praised him for being a lifelong Pioneer.
Symbols were brought forward by a number of family members representing Jamesie's life and work. Breda brought forward a lovely photo of Mum and Dad together, which was taken in the chapel of Dungloe Hospital on the occasion of their Golden (50th) wedding anniversary.
Brid brought up a great family photo of all 13 taken with their mother and father. Breda Ann Doherty was next with his Rosary Beads and Holy Water from Knock. Jamesie and Mary Bridget both loved Knock. Margaret brought up a pack of cards. Jamesie loved Bingo and 25 and taught Breda and Joseph how to play.
And, finally, Jim Boyd, who worked with Jamesie, brought up a Board of Works' Log Book from years ago, with everything meticulously entered therein.
The 1st reader was Shauna McGuinness, granddaughter, while the 2nd Lesson was read by Joseph, son of deceased. The Prayers of the Faithful were read by Ann Breslin, sister, Ryan and Mark, grandsons, Bridget Forte and Roise Greene, Loch an Iuir, sisters, and Damien Gallagher, nephew (John).
Granda's love for and goodness to family and so many others were stressed during the Prayers of the Faithful and special prayers were also recited for all those in Dungloe Hospital, where Jamesie died.
The gifts were carried at the Offertory by Mairead, granddaughter of Winnie in Glasgow,and Paul O' Donnell, nephew, son of Sheila, Dublin. Interment took place in the family plot in the old St Peter's cemetery, Chapel Rd, with Fr Nigel once again officiating and conducting the graveside obsequies.
Jamesie was predeceased by his wife, Mary Bridget, on 30th Nov., 2014, and by his son, Martin, at birth. Also by his brother, Danny, aged 40, 25 years ago, and his sister, Maire, who died in the 1980s , aged 39.He is survived by his son, Joseph, daughter, Breda, Killybegs, grandchildren,Ryan, Shauna and Mark McGuinness, Killybegs, son-in-law, Martin Mc Guinness, Killybegs, and 10 siblings, brothers and sisters,Willie, Tully, John, Brid, Nellie,and Roise, Loch an Iuir, Margaret, Sheila, Ann, Cronkeerin, Dinny and Winnie, nieces and nephews, and other relatives and in-laws, friends and neighbours, to whom the deepest, heartfelt sympathy of the whole community is extended. May his gentle soul rest in peace.