Wrap up! - Snow is forecast for Donegal from tomorrow 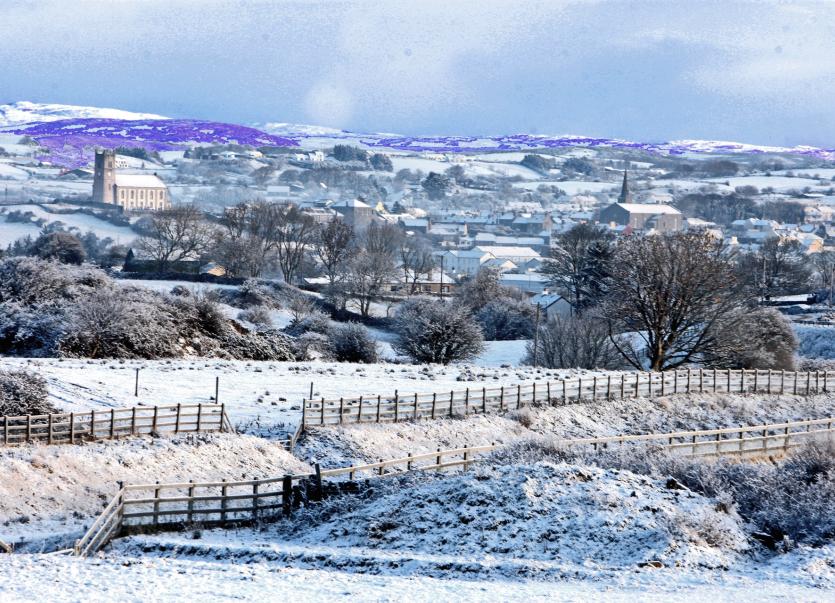 Even though it's cloudy and drizzly today, make the most of the mild temperatures while you can, because Met Éireann is predicting sleet and snow from tomorrow night.
Today's unseasonably mild temperatures of 9 to 11 degrees will continue throughout the afternoon, with fresh to gusty westerly winds, especially in coastal areas.
The rain will clear for a time, followed by a second band of showers during the night, while it will turn colder, with temperatures dropped to 3-5 degrees. Winds will strengthen to gale force, changing from southwest to west to northwesterly.
There will be sunshine and scattered showers tomorrow morning, some wintry over high ground. Precipitation will increase as the day goes on, while temperatures continue to drop, reaching highs of 3-5 degrees, but feeling much colder due to strong to gale force westerly winds.

"Bitterly cold"
Met Éireann is warning that it will turn "bitterly cold on Wednesday night", with temperatures of -1 to +2 and strong northwesterly winds. Scattered showers along the coast will move inland and turn "increasingly wintry, with snow on higher ground".
Thursday will be bright but very cold, with wintry showers of hail, sleet and snow" predicted across Ulster, and temperatures of 1-4 degrees "at best."
Wintry showers will continue through Thursday night, with widespread frost and ice, and blustery northwest winds in coastal areas.
The mix of sunny spells and wintry showers is expected to continue through Friday, with frost expected on Friday night.