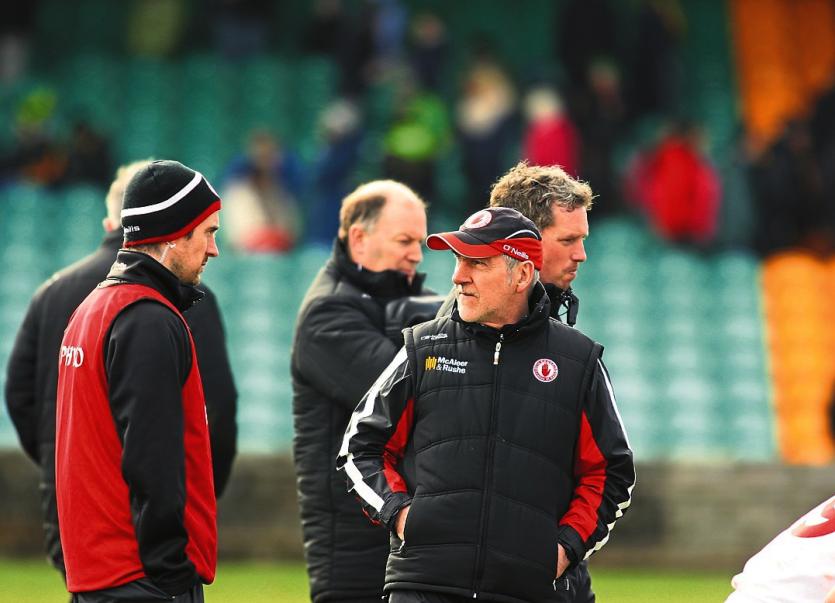 Tyrone manager, Mickey Harte, had a veiled cut at Martin McHugh for not playing his full side in the Dr. McKenna Cup against the Red Hands in the second series of matches today (Sunday).

Tyrone won the game, played in Carrickmore, by 2-17 to 1-7, and among those missing from the UUJ side were Donegal trio Patrick McBrearty, Ryan McHugh and Lorcan Connor.

Speaking afterwards, Harte said: “I’m quite sure they are not all that excited about staying in the competition.

“They just want the games for match practice in preparation for the Sigerson; as you can see  a lot of their key players were not there that was making it more disheartening for us.

“They were not playing their best side by any means.”