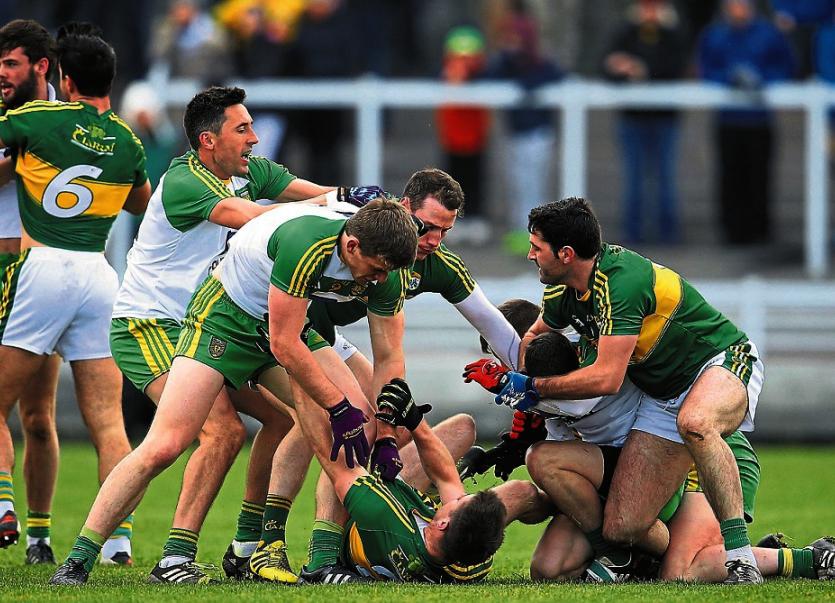 Donegal's opening National Football League games against Kerry and Roscommon will both feature on TG4's coverage, which has been revealed.
Both Donegal games will have deferred coverage on the day. It is also likely that some of Donegal's other games in the league from Round 3 onwards will also be featured, but plans have not been finalised for them yet.
In all TG4 will broadcast 42 matches in full between live and deferred action on GAA Beo this Spring with top games from the Allianz Leagues, AIB Club Championships, Independent.ie Sigerson & Fitzgibbon Cup Finals, Eirgrid All-Ireland U21 Football Championship, Lidl Ladies Football League Finals and the Littlewoods Ireland Camogie League Final.
TG4’s weekly live GAA coverage will again be complemented by highlights each Monday evening with action from all the major gaelic games competitions to be seen on GAA 2017 in a new slot at 8:00pm (Beginning on Monday 6 February).
The popular weekend preview/review programme Seó Spóirt also returns on TG4 from Friday 3rd February with Dara Ó Cinnéide and his guests discussing and previewing the weekends action. A brand new series of Laochra Gael will also begin in March, offering a fresh batch of profiles of legendary players of the modern era.
TG4’s Sports Editor Rónán Ó Coisdealbha is very pleased with the channel’s line-up of matches and highlights: “Spring is a very exciting time for the followers of Gaelic games,” he said. “The start of year competitions have thrown up some interesting results and brought a number of new names to the fore, even on the panels of the established county teams. Now come the Leagues and the hunt for silverware continues in earnest with the colleges’ competitions also providing an important showcase for emerging talent. The recently announced new 5 year TV rights deal with the GAA provides us with a really solid basis on which to plan our free-to-view coverage and we look forward to an even stronger partnership that brings mutual benefit and serves the public so well”.