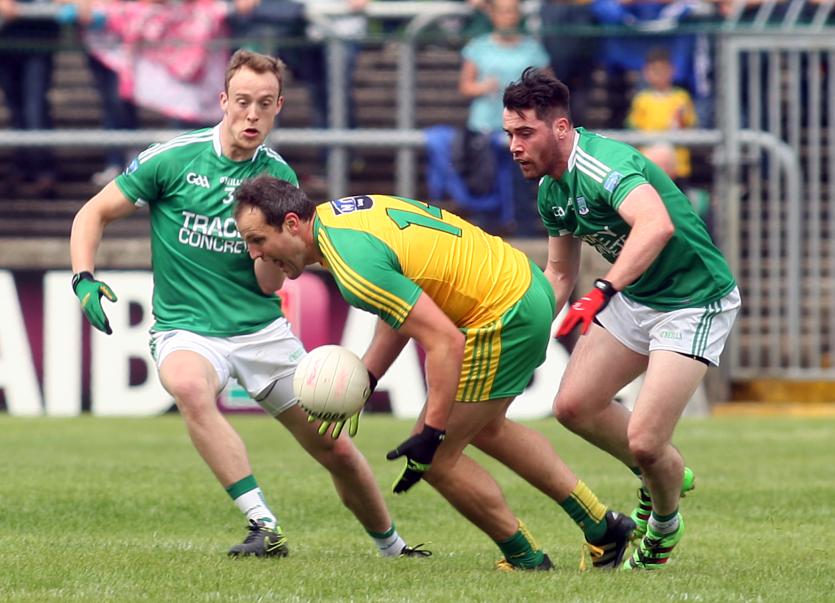 Donegal wound up their preparation for the start of the National Football League with a narrow victory over Mayo at the Sligo Centre of Excellence.

Not for the first time, it was a goal from Michael Murphy which was the difference between the sides. The Glenswilly man showed no reaction to his trip to the south of France to Clermont Avergne as part of the TV programme 'The Toughest Trade'.
He hit a cracker of a goal in the opening half, firing off the crossbar from 20m and then picking up the rebound to fire home.
The goal was the difference between the sides at half-time as Donegal led 1-7 to 0-7 in the difficult conditions as the rain arrived with Joe McQuillan's first whistle.
As in most challenge games, many changes were made in the second half and the game became fractious. In all Donegal used 15 second half substitutes.
They had the opening two points of the second period from Stephen McBrearty and Ciaran Thompson, but then were off target on numerous occasions and dropped a number of efforts short.
Mayo took advantage as they brought in some big guns like Cillian O'Connor and Kevin McLoughlin.
With five minutes left, the Mayo side had taken an 0-13 to 1-9 lead, but Donegal finished well with points from Enda McCormick and Mark McHugh. However, Mayo should have won the game as Kevin McLoughlin dragged his goal effort wide in the final minute with the Donegal goal gaping.
Donegal started with a strong line up and there were good performances from Neil McGee, Ryan McHugh, Paul Brennan, Marty O'Reilly, Patrick McBrearty and Michael Murphy.

Donegal will play Kerry in the opening NFL game on Sunday next in O'Donnell Park, Letterkenny.