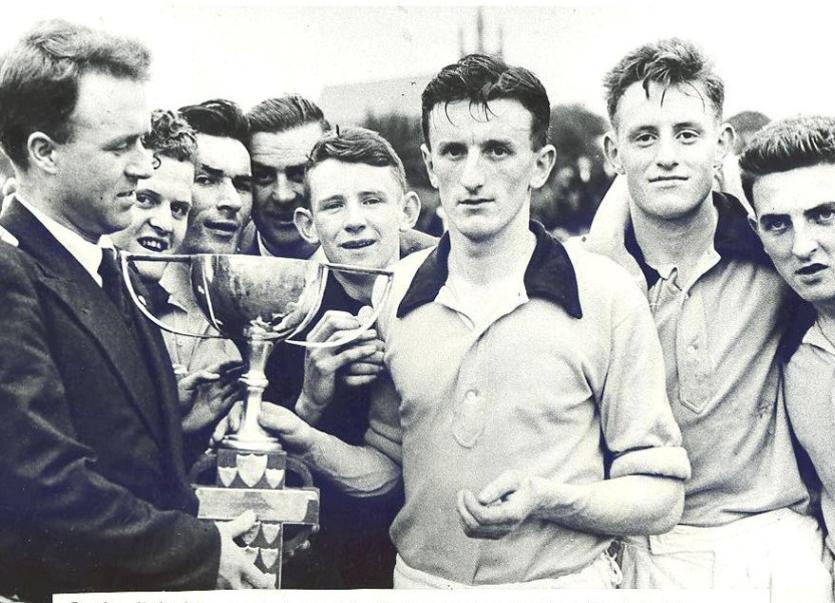 The St. Eunan's club will hold it's Senior Board Presentation for 2016 this Friday night, February 3rd at 8pm in the Clubhouse a O'Donnell Park.
The club will be recognising our 2nd ever Senior Championship winning team of 1956 (picture attached) that defeated Ballyshannon in the Final on a score of 0-08 to 1-02. Some of the surviving members of the team will be in attendance and families of those players no longer with us will be represented on the night too.
The club will also be presenting our various Player of the Year Awards, Cultural Award and Club Person of the Year Award.
The Senior Reserve team will be presented with their B Championship medals on the night.
Charlie Collins will compere on the night and there will be a few special guests including Co. Treasurer, Cieran Kelly, former St. Eunan's and Donegal greats Sean Ferriter & Seamus Hoare as well as 1956 opponent Sean McCormick (Ballyshannon & Milford), former Gaoth Dobhair great Owenie Beag McBride, Fr. Seán Ó Gallchóir and possibly one or two more surprises!
The event begins at 8pm.