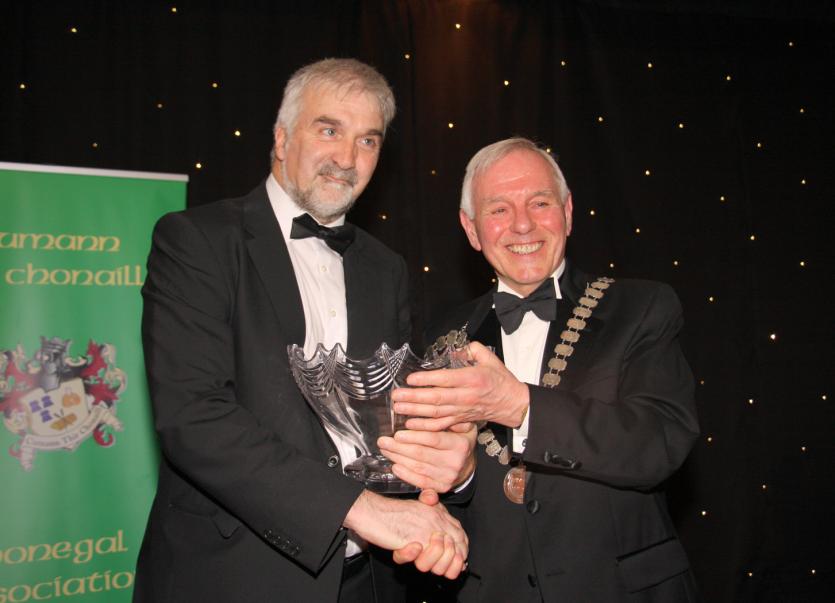 Stephen McCahill receiving the Donegal Person of the Year award from Hugh Harkin earlier this month.

The Ulster Bank in Ardara and another branch in Raphoe will be closed within six months, and according to the Donegal Person of the Year Stephen McCahill the announcement is another attack on rural Ireland.

Mr McCahill, who is part of the "Awake Tourism" organisation in Ardara says the town is reeling from the news that they are to lose their only bank.

"It is a devastating attack, again, on the fabric of rural Ireland. We are suffering because a bank has to make a profit," he said.

He added that many were concerned at the possible of other services in areas in the area such as post offices and more.

"How can we increase our potential when we don't even have a bank," he said.

He said he hoped that there would be help offered to the people in Ardara to reverse this decision.

Yesterday Ulster Bank announced they were closing 22 branches across the country. 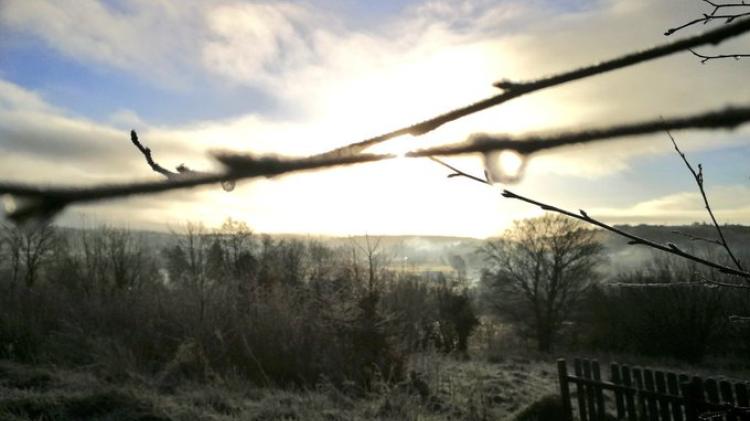 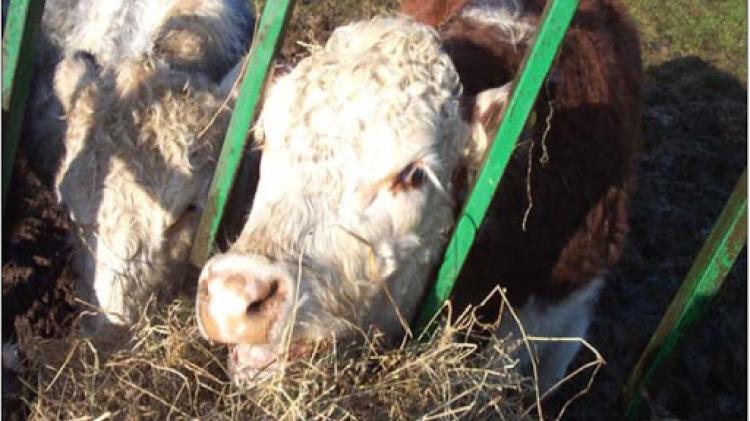