'An Ordinary Man' returns to Donegal stage this week

Beezneez brings show to An Grianán in support of Donegal branch of Alzheimer Society. 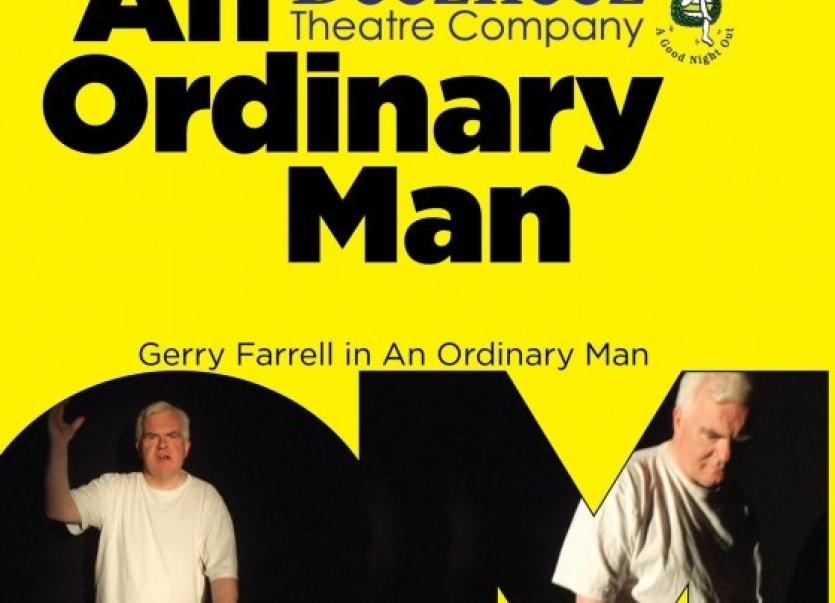 The Beezneez Theatre Company returns to An Grianán Theatre this week for a one-off performance by Gerry Farrell of the funny and moving play, "An Ordinary Man".

The Letterkenny performance is being staged in support of the Donegal branch of the Alzheimer Society of Ireland.

"An Ordinary Man", currently on its fourth national tour, is on at An Grianán Theatre in Letterkenny at 8pm, Wednesday, April 26th.

The play, written and directed by John McDwyer, is the life story of a simple man telling of all the joys and sorrows of life, with a bit of football and ballroom dancing thrown in, just for the craic.