"The ’69" is the third book published by Joseph McCloskey. 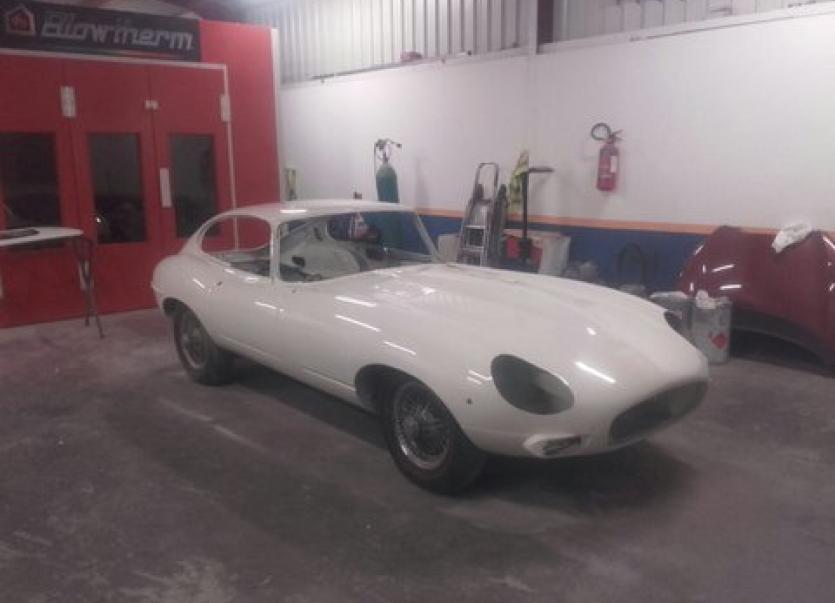 The ’69, which forms the basis of the book, is a real car, an old Jaguar reclaimed from the hills of Northern Ireland.

“The ’69” is an atmospheric family drama by a Donegal man that encompasses Irish family history, second chances and a special father-son bond.

Every father yearns to bond with his son, to win his admiration. Jack is no different. The ’69 becomes the tool that three generations, raised on the same country estate, use to bond with each other as they strive to restore the '69.

Sudden deaths, marriage vows, First World War veterans and ghosts have a hand in helping and hindering them in this tale of fathers and sons and second chances.

The third book by Joseph McCloskey

"The ’69" is the third book published by Donegal man Joseph McCloskey.

In 2011 Joseph published “Chasing Dragons”, about the unsettling past he encounters as he trace his grandfather’s footsteps through WW1 France. Then in 2015, Joseph published “Anna”, a thriller involving Nazi war crimes, art theft and a game of cat and mouse between east and west. All three books are available on Amazon.

Set in the far northwest of Ireland, the story of “The ’69” touches on the political turmoil that preceded those who now live on the great estate, and how that history and heritage still influences their lives and decisions today.

Working in the construction industry, author Joseph McCloskey enjoys cycling, motorbiking, restoring old cars and taking off by himself, which allows his mind to work on new characters and plots for his books.

The ’69, which forms the basis of his new book, is a real car, an old 1969 Jaguar that was reclaimed from the hills of Northern Ireland.

Hiding away under a stack of old blankets at the back of a shed, the car was love at first sight for Joseph. He eventually convinced the owner to sell after months of pestering him.

Joseph worked most nights until midnight, and sometimes later, stripping the car back to bare metal: Its restoration would be done right.

Just like in the book, his sons came and went. He would have liked to have them spend more time with him there, but they were in their teens, and girls beckoned.

When asked for a comment, Joseph said, “People know me for my work on this car, so many of my friends have come to see my work and check on my progress.

”It has become something of a standing joke: ‘How’s the car coming along!’” he said.

At least his new book, “The ‘69”, which was inspired by the old Jag, is out now on Amazon for anyone who enjoys a good read.

Photos of the restoration of the old Jaguar and more details about Joseph’s latest publication are available online at Joseph’s website http://www.jmccloskey.com