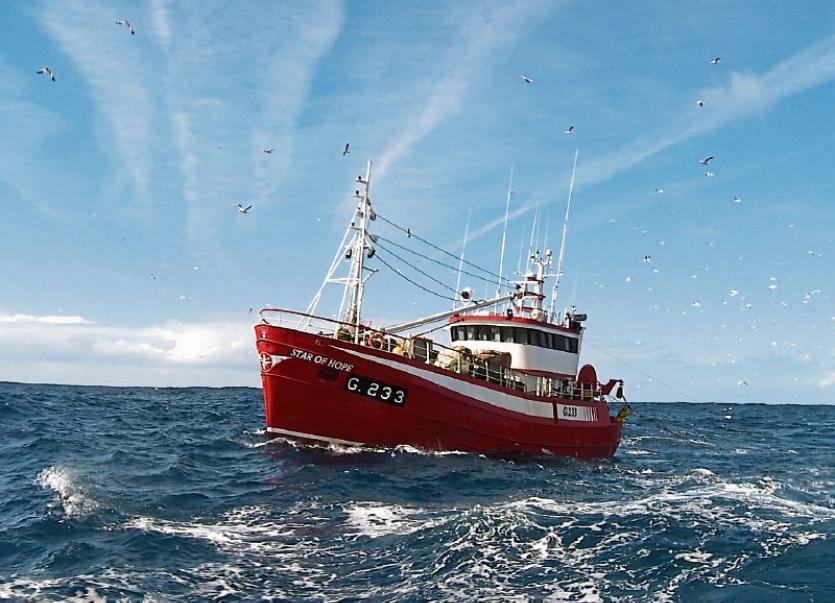 The €1billion Irish fishing industry must be made a top priority for our Government as Ireland faces the enormity of Brexit, according to the Killybegs Fishermen Organisation.
They say Irish and British fishing industries occupy a unique space in that they are entwined like no other sector in sharing a limited resource as well as grounds and markets. The level of uncertainty and the scale of the challenge facing Irish fishermen is causing the industry major concern according to the CEO of the Killybegs Fishermen’s Organisation (KFO), Seán O’Donoghue.
The snap election on June 8th further obstacles and challenges have been put in the way of immediate negotiations around the form which Brexit will take, a statement from the organisation says.
Mr O’Donoghue stated: “Brexit is potentially disastrous for the Irish fleet in particular in concerning three key issues of access to waters, quota share and trade. Our two biggest fisheries, mackerel and nephrops are inextricably linked to Britain.
He added: “Already Theresa May’s Government is advocating calls to ‘repair what went wrong in 1973’ which means Britain will be fighting for higher quotas and endeavouring to take the metaphorical fish off our plate. We believe that there is no justification whatsoever for any such move and would implore the Irish Government not to allow fisheries to become a bargaining chip in the high-level negotiations to follow.
“There is of course, also the level of seafood which we export to Britain. In 2015 alone, our total value of seafood exported to the UK stood at €71million. While our counterparts in Europe are understandably concerned about the ramifications of Brexit, our geographic location, existing arrangements and high dependency on Britain means that we are perilously positioned if our Government don’t negotiate extremely effectively on our behalf,” concluded Mr O’Donoghue.
According to Mr O’Donoghue, the fleet in Killybegs and the wider Irish industry face devastating consequences if fisheries aren’t made a top priority by the Irish Government. 11,000 jobs are sustained in coastal areas by the Irish seafood industry which is worth just over €1billion.