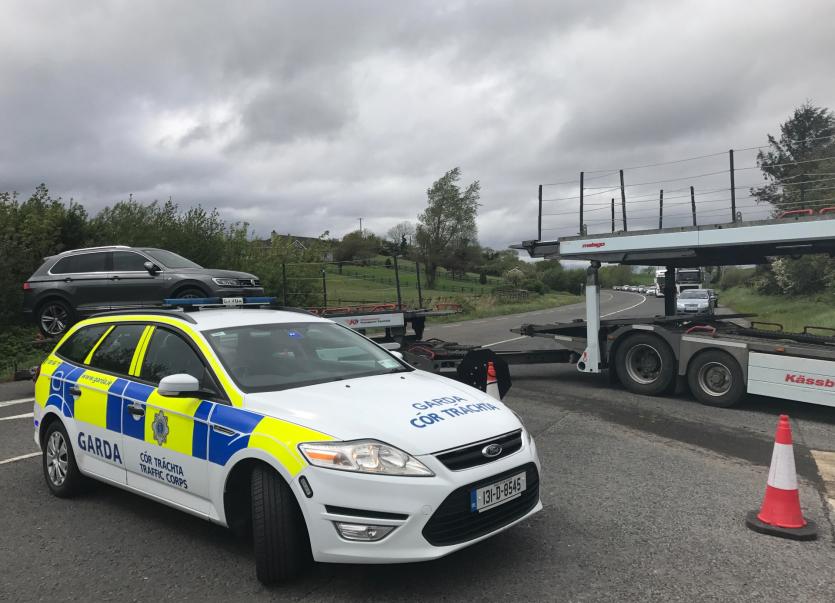 A garda car diverting traffic off the N15 several 100 metres from the scene of the accident a short time ago. Photo Matt Britton.

The main Donegal Town to Ballyshannon road remains closed following an early afternoon accident close to the village of Ballintra.

A lorry and a car were in collision at or near the Ballintra village/Rossnowlagh Road crossroads on the N15.

The road is closed and will remain so for quite some time yet with local diversions in place.  Traffic is diverting through the village of Ballintra and gardaí have placed no parking cones on the sides of the street in the village to facilitate ease of movement of traffic which is said to be heavy.

*Further updates on donegaldemocrat.ie as we get more information.