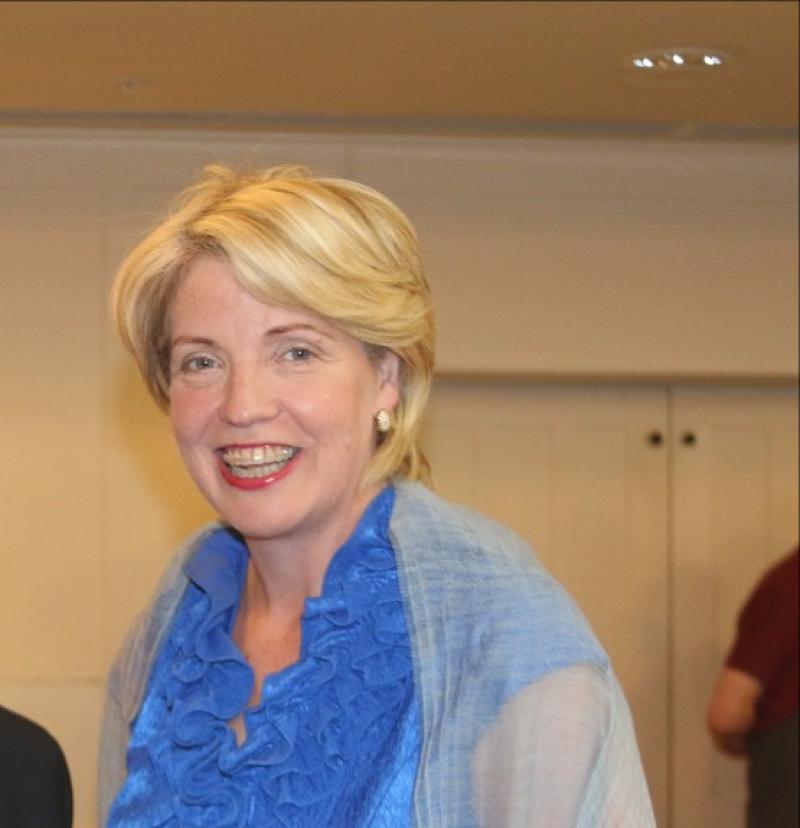 Former Tánaiste Mary Coughlan has played down her role in giving vital assistance to a man who became ill in a cafe in Castlebar at the weekend.
Instead, she has given the credit to a man who was present during the medical emergency. It's understood the man is also from Donegal, from the Cloughaneely area and also happened to be in the cafe when the emergency occurred.

While Ms Coughlan was praised for her role in dealing on the phone with emergency services, she has since told the Democrat that the man who went to the aid of the ill man deserves all the credit.

"He was the hero, not me, he reacted so calmly and went directly to the man's aid. He clearly knew what he was doing. I was with a friend, Jacinta Kelly who also deserves credit, and we dealt with the phone and talking to the medical people, but that man, who I understand is from Cloughaneely, was fantastic. He should be getting the praise, not me."
The former Minister for Health and Fianna Fáil TD, who served as deputy leader between 2008 and 2011, was in a cafe in Castlebar, County Mayo when a man in his 40s became extremely ill.
It has been widely reported that Ms. Coughlan took the situation in hand and helped ensure that the man received the essential medical attention required.
The former Tanáiste, who is secretary of the St Naul's GAA club had been attending the Comórtas Peile na Gaeltachta finals. It's believed the man from Cloughaneely may also have been attending the finals.
During the ordeal, a member of staff had called the emergency services, but had become frustrated with questions from the operator.
Ms. Coughlan is reported to have been quick to react and immediately took over by communicating in a cool and collected manner with the operator.

First aid
A customer in the cafe is understood to have administered first aid before emergency services arrived on site.
National news report say a witness in the cafe said Ms. Couglan had won the admiration of the customers for keeping cool and the manner in which she addressed the situation.
The witness said: “Mary Coughlan was very calm.
“Somebody else went to the man and held him in the recovery position, but she took charge of the situation and was very commanding. The waiter was struggling on the phone to the emergency services.
“They just kept asking him questions that he couldn't answer and he was getting frustrated.
"He just wanted them to send an ambulance,” they said.
The man was taken to Mayo University Hospital.