The manager of the restaurant, Masun Ahmad, said that the business, which has been established in Letterkenny for eleven years, is doing well. 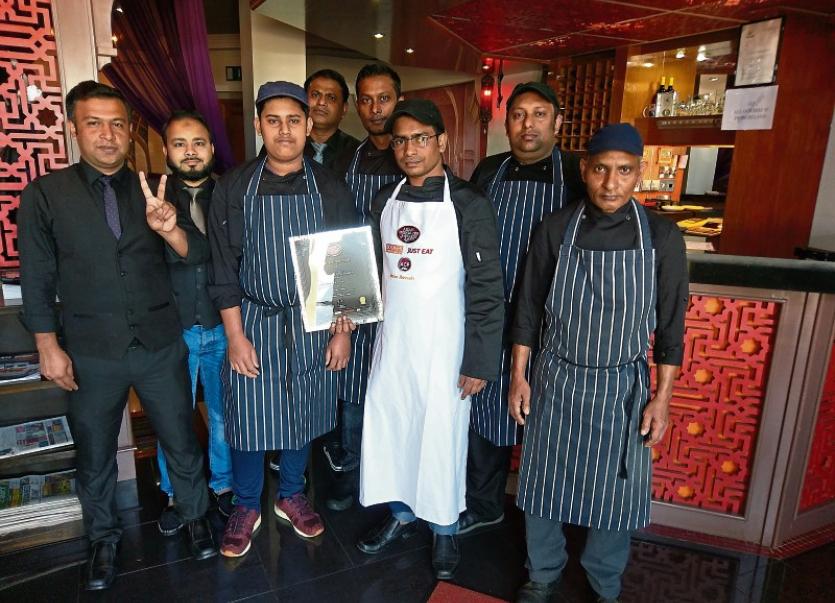 Imran Hussein, who won the major award, pictured with the team at Shapla

A Letterkenny-based chef has been named as ‘Chef of the Year’ at the Asian Restaurateur Awards 2017 recently.

The staff and management at Shapla on Letterkenny's Port Road are delighted that their chef, Imran Hussein, won the major award which was presented at the House of Commons, The Palace of Westminister in London.

The manager of the restaurant, Masun Ahmad, said that the business, which has been established in Letterkenny for eleven years, is doing well.

He said that their menu offers a wide range of dishes which include Indian dishes and some European.

“There is a lot of choice at Shapla in Letterkenny. Business is doing fine and we hope to be around a lot longer,” he said.

"Nine people work in the popular restaurant where the staff are exceptionally friendly and helpful. We are extremely pleased that our chef won the award,” he said.