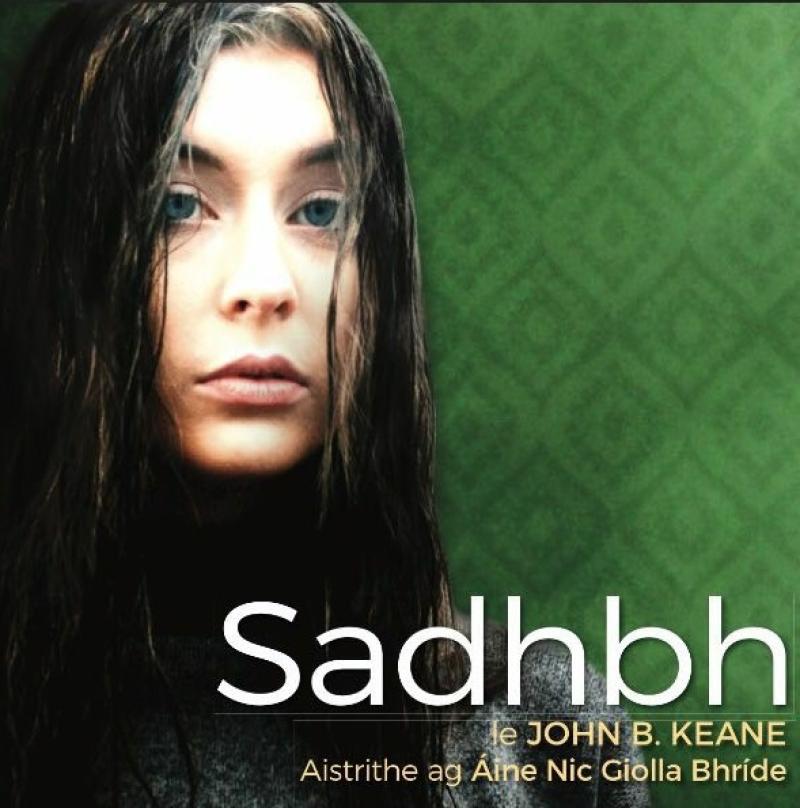 The Aisteoirí production of “Sadhbh” was well received when they brought it to the amharclann earlier this year.

Aisteoirí members were particularly delighted to learn that Michelle Keane, a niece of JB Keane, attended the premiere performance and returned when the play was brought back to the amharclann on Good Friday.

After coming backstage to speak with the cast, Michelle asked them to sign a programme that will be displayed at Keane's pub in Listowel. “We were honoured,” Eoghan Mac Giolla Bhrighde of the aisteoirí said.

The play has a rich Aisteoirí history. Translated into Irish by Aisteoirí member Áine Nic Giolla Bhríde, the Aisteoirí brought their production to the Abbey Theatre in the early 1970s, after a successful run in Gaoth Dobhair.