A programme of theatre, music and The Swell Festival 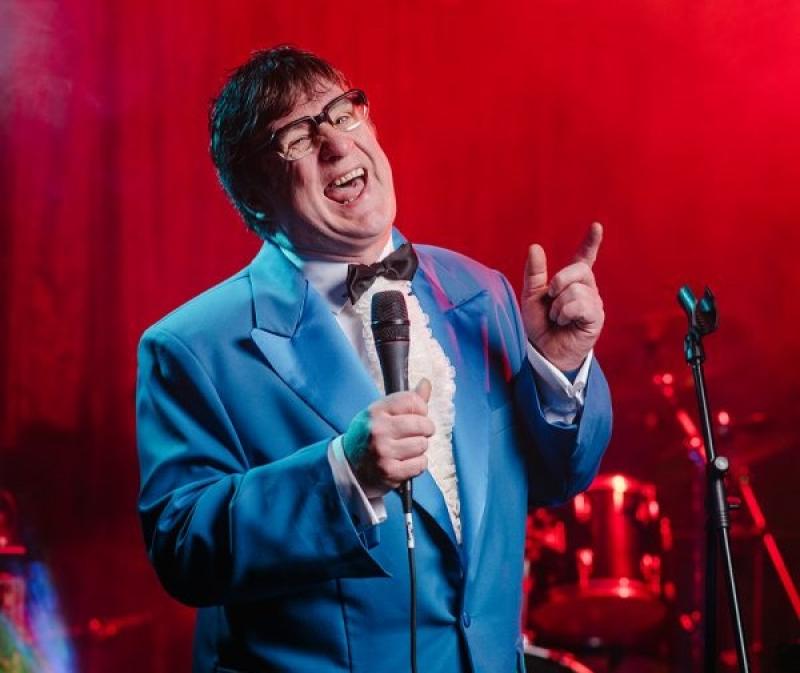 "Frank Carson – A Rebel Without a Pause" is on Saturday, 22nd July, in An Grianán Theatre.

After almost two weeks of music, theatre, circus, carnival, film and visual arts, the Earagail Arts Festival draws to a close this weekend.

The final week includes theatre productions “Hope Hunt”, “Green & Blue” and “Every Brilliant Thing”. Another highlight is The Mountain Stage, part of the Swell Festival this weekend on Arranmore Island, two days of electronica, contemporary, traditional and folk artists in music and spoken word.

Imlé, Kathleen NicAonghais, Árchú, Pàdraig MacAoidh, Sìneag Nic an tSaoir: A night of music and poetry from Scotland and Ireland, with special guests from South Uist, the Isle of Lewis, Dublin, Galway and Donegal – all champions of tradition who dare to shape and ignite it in a fresh way.

Rebel Without a Pause

Funnyman Frank Carson blazed a comedy trail for 50 years. Dan Gordon celebrates the man, the myth and the mouth. Frank Carson – A Rebel Without a Pause is on Saturday 22nd July at 8pm in An Grianán Theatre, Letterkenny. Tickets €15/€12. Written and performed by Dan Gordon and directed by Ian McElhinney.

The Swell Festival: The Mountain Stage

Taking place on Arranmore Island on Saturday 22nd and Sunday 23rd July, as part of The Swell Festival, The Mountain Stage is two days of electronica, contemporary, traditional and folk artists in music and spoken word, hosting local emerging artists, national and international guests from Ireland, Scotland and the USA.

Day one of The Mountain Stage features The Altered Hours, The Golden Filter (Optimo Music), Documenta, Tuath, The Barbiturates, Waldorf & Cannon, F12, Distorted Perspectives DJs. Day 2 of The Mountain Stage presents a programme celebrating Gaelic culture, and transatlantic folk and roots. Kicking off with an afternoon of Irish and Scottish Gaelic song and spoken word with contributors Kathleen Mac Innes and Sineag McIntyre, a performance by Imlé, the Gaelic four-piece band who mix hip-hop and atmospheric music; plus surprise guests throughout the day, The Mountain Stage will draw to a close with the fun-lovin’ masters of ragtime, Dixieland blues and early swing, The California Feetwarmers. Other performances include Árchú, Pàdraig MacAoidh and many more.

Ticket prices vary from 3-day weekend camping to €25 day tickets. Under 12s admitted free with parents or guardians, 12-18s must be accompanied by an adult over 25 years.

For the full Earagail Arts Festival programme and to ticket information, visit www.eaf.ie.