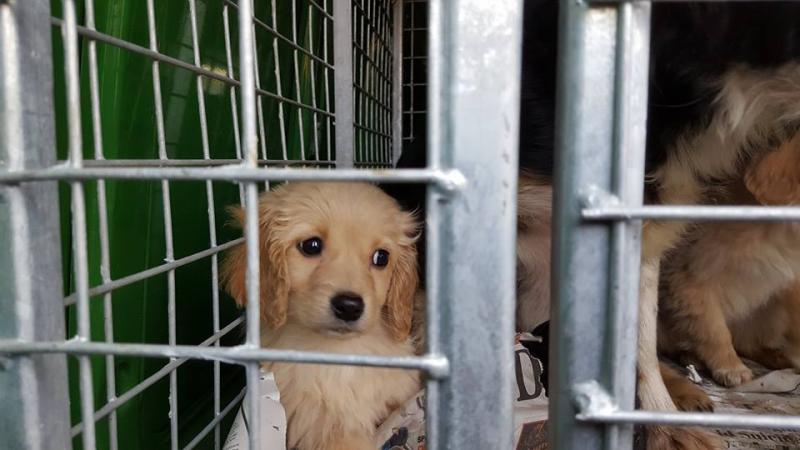 The number of dogs in the dog shelter in Letterkenny continues to rise, the volunteer rescue group Animals in Need said, citing the latest figures released by the government.

At the same time, the number of dogs euthanized dropped by nearly 100 dogs to 85 dogs this year, with 127 dogs reclaimed or re-homed from the Letterkenny shelter, the figures show.

An AIN spokesperson said the number of dogs being taken out by their voluntary, non-profit group rose to 335 last year, up 50 from the previous year.

Animals in Need (AIN) rescues and re-homes unwanted pets and injured or abandoned animals. They also take dogs from the Letterkenny pound each week, sometimes twice a week if young pups are left in the shelter. Many dogs and pups are also surrendered to them and they must often collect those dogs from all over Donegal.

But AIN said they need a new van for their work.

“We are in danger of closing down if we don’t get a new van soon to transport all these dogs from the pound and to their foster homes, plus the hundreds of dogs we collect and transport that are surrendered by their owners,” AIN said.

AIN was founded in 2006. The group’s van is on its last legs and they are raising funds for a new one.

“We need to raise €25,000 to buy a van that is approved by the Department of Agriculture, has specially fitted travel crates for the dogs, air-conditioning and lighting,” a spokesperson said.

She said AIN regularly collects about a dozen dogs from the pound on a Saturday, often big dogs, the likes of collies, huskies and greyhounds. “We can’t fit 12 big dogs in the back of a car,” she said.

“The response and generosity is great, and everyone's being very good,” she said. But there’s still a long way to go, she said, adding, “if every animal lover out there donated a few euro then we will get there and can continue rescuing all these animals.

“This will be a van bought by the good people of Donegal to help the animals of Donegal,” she said.

AIN also supports people who, due to illness, bereavement, emigration, domestic violence or a sudden change in circumstances, need temporary foster care or new homes for their animals.

The voluntary organisation said they rescue almost a thousand animals this year, mostly dogs and cats.