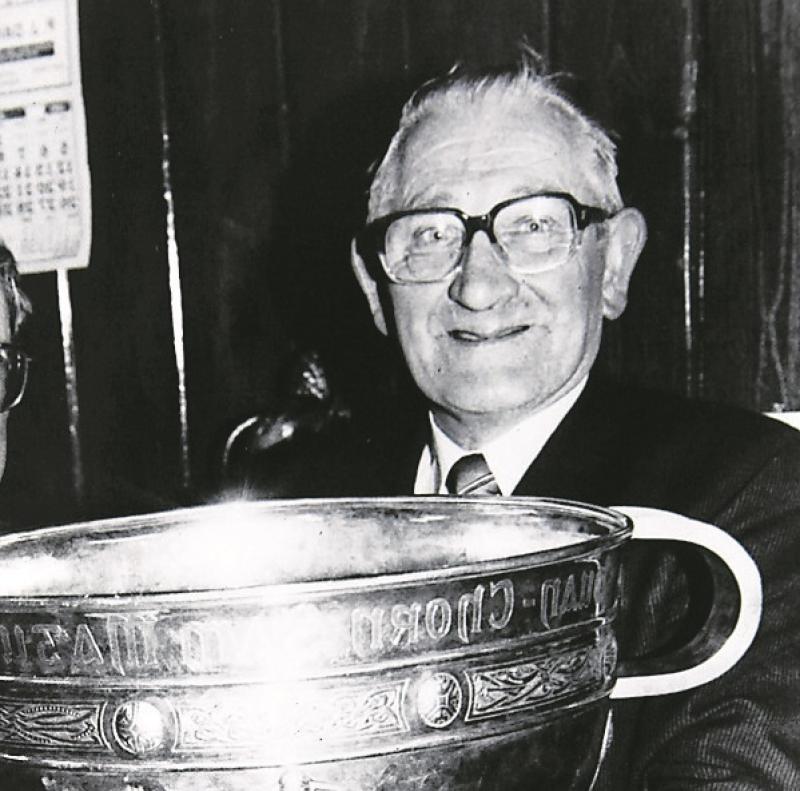 The late Joe Gallagher with the Sam Maguire Cup in 1992.

Tributes have been paid to one of Letterkenny’s best known business figures who will be laid to rest tomorrow (Thursday).
Joe Gallagher, who ran his famous self-service store on Letterkenny's Lower Main Street for almost 50 years, before retiring in 2013, passed away on Monday night at Letterkenny University Hospital.
He was 89.
A former president of St Eunan's GAA Club, Joe was one of Letterkenny's most colourful characters who had a huge interest in politics.
Paying tribute to Mr Gallagher, current chairman of St Eunan’s GAA club, Cathal Green, said he was a loyal and dedicated clubman who was very forthright in his views.
“He had a long association with the club.
“He loved the club and was very passionate about it. He was very generous with his time and in many other ways including sponsoring club medals for the underage teams,” he stated.
He added Joe always had the clubs interest at heart and wished to see them always do well.
He is in repose at his late residence at Lower Main Street and will be laid to rest at Templedouglas Cemetery tomorrow, Thursday, August 3rd, following funeral mass at 10 o'clock on Thursday morning in St Eunan's Cathedral.
He is survived by his brother, Jim and sister, Mary.