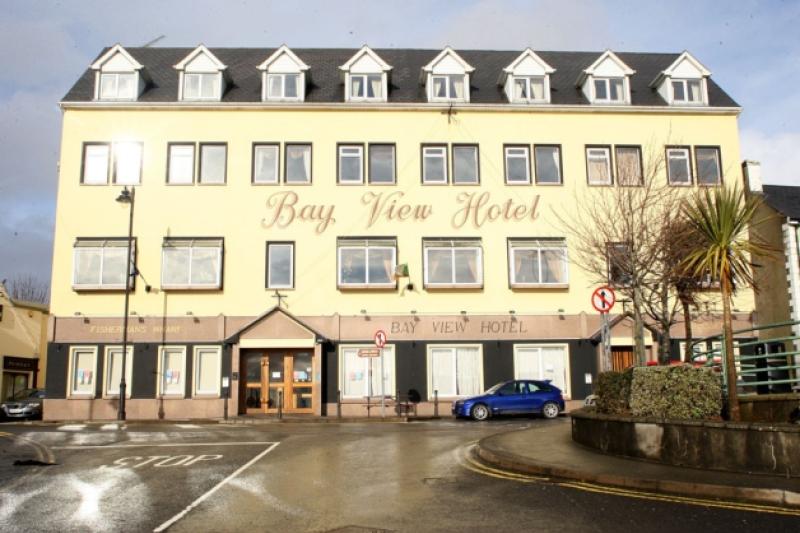 The leisure centre of the Bayview Hotel will close next month.

The managing director of the Bay View Hotel in Killybegs has reiterated that the hotel’s leisure will be closing next month because it is not financially viable.

Henry Coleman was speaking following a meeting in Killybegs on Wednesday night when the issue of the closure was discussed.

Local people are calling for the leisure to be kept open because pool serves local schools and groups. The hotel announced in June that the leisure will close in September.

“The leisure will close on September 1st. It’s not financially viable,” Coleman told the Donegal Democrat. “It’s just not viable and it will be closing, but the hotel is not closing. It will still  be trading the Bayview Hotel.” He said the leisure is available for lease.

The meeting, which is a regular meeting by Cllr Niamh Kennedy, heard from a professional in the Irish leisure business who promised to help in a voluntary capacity with efforts to keep the swimming pool and leisure from closing.

Coleman told the meeting that the leisure had lost €70,000 last year and such losses could not be sustained. The losses had been continuing since 2013. For the first five months of this year, the loss was €30,000, he said.

Membership fees €47,000 at present were not enough to cover wages in the leisure , apart from the other costs, he revealed. “We are happy with the way the is going, but not the leisure .”

He said the could not be leased within the month, it would close on September 1st.

He that the leisure is the only part of the Bay View business that was closing.

Asked by Thomas Pringle TD if it might be possible to extend the closing date to allow for a drive to increase membership, Coleman said: “We are not closing the leisure until 1st September and I will listen to anything between now and then.”

Niall Cull, CEO of DLR Leisure, Dublin, said he had only heard on Tuesday about the difficulties with the Bay View leisure and he remarked that such problems were not uncommon in the hotel industry.

Cull, who is on holidays in the south west Donegal area, said he has 30 years' experience in the leisure business, beginning in hotel management.

He explained that DLR Leisure now works closely with public authorities and educational institutions and suggested that there might be possibilities in that direction for the Killybegs leisure .

Councillor Kennedy pointed out that if the leisure closes, it will affect other businesses in the area.

It was agreed that a committee would be set up to help efforts to keep the swimming pool and leisure from closing.