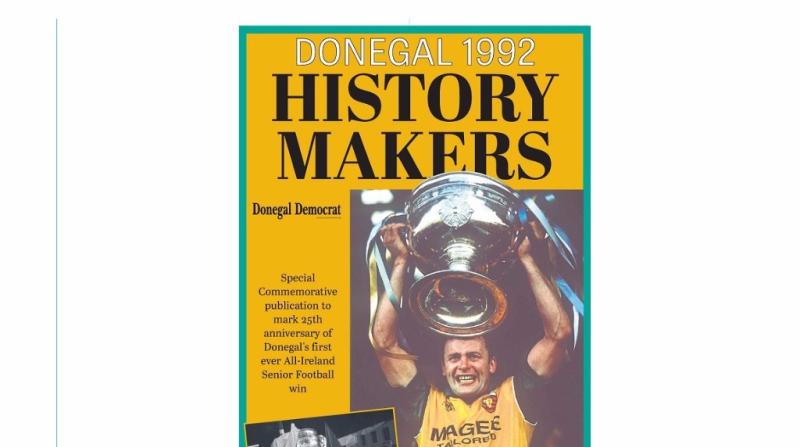 Donegal GAA supporters are invited to the launch of a special publication to mark the 25th anniversary of the county's first All-Ireland success.

The 180-page publication will be launched in the Abbey Hotel, Donegal Town on Thursday night, 10th August, at 8 p.m.

Special guests on the night will include GAA President in 1992, Peter Quinn; Donegal team manager, Brian McEniff and Donegal team captain Anthony Molloy, as well as members of the 1992 All-Ireland winning team.

The book contains some special articles including exclusives on Martin Shovlin and his All-Ireland final heartache; Joyce McMullin on the highs and lows of final day; Brian McEniff on a promise made to his solicitor in 1967 which lasted all of nine months; Anthony Molloy on the joys and sorrows of being a winning captain.

Why not come along and enjoy a special evening to honour the History Makers, who will always have a special place in Donegal GAA folklore.

Admission is free and light refreshments will be served.