Donegal mother and daughter caught up in aftermath of Barcelona attacks 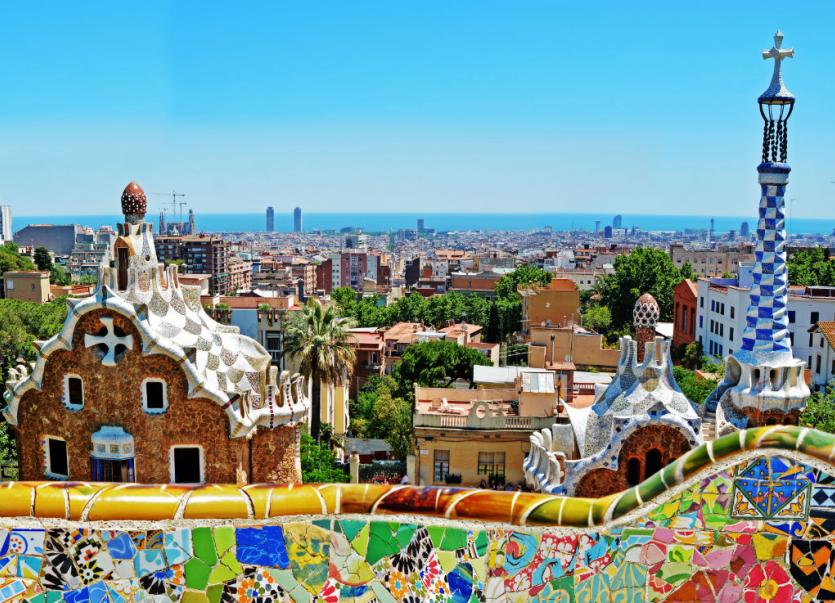 A Donegal mother and daughter in Barcelona last week found themselves gripped in the chaotic aftermath of last Thursday’s terror attack, in scenes Teresa Cunningham described as “absolute mayhem”.
Teresa and her daughter, Seannagh Orr, 21, were on a four-day break in Barcelona from Letterkenny when terrorists drove a van into crowds along the popular Las Ramblas pedestrian mall.
The attack has left 13 people dead and more than 100 people injured.
They were returning from a day at the beach on Thursday at about 5.15, not long after the attack took place, travelling on the Metro toward the Plaza de Catalunya, to get themselves ready to head for the airport that evening. The Metro was packed, but that was not unusual. Teresa said there was no evidence that anyone on the train was aware of what was unfolding on the streets above them.
But as they reached their stop, exiting the train with large crowds of people, Teresa could feel her phone ringing and ringing in her bag. As they made their way to the street level, “it was absolute mayhem,” Teresa recalled.
The area was thronged with security and police, “and people were crying and shouting and screaming, as more and more people were becoming aware of what was happening”, she said.
“It was sheer chaos,” Teresa said.
They had been to Barcelona before and knew the area. Normally, coming out of the Metro there was to enter a place that was vibrant and beautiful, filled with people enjoying the sunshine, Teresa said.
“And we came up and there’s people screaming and running, and blue lights and sirens and police vans,” she said.
Seannagh cannot run because of a health condition. As mother and daughter made their way to their hotel in the Gràcia district, Teresa said, “at this stage it was sheer panic and fear”. But she wanted to keep calm for her daughter, who was very frightened.
“Your instinct is, as a mother, to keep it together and try not to visibly panic for her,” Teresa said. Still, she was very uneasy. They would pass a Gaudi landmark near the hotel that was regularly filled with visitors. “I thought immediately, oh my God, are we walking into what might be another potential danger area?”
Teresa thought, “Is a bomb going to go off?”
She praised the staff of the hotel, who kept guests informed and tried to keep them calm. They attended to Seannagh, who was visibly upset, and were very kind, Teresa recalled. Teresa asked them to call for a taxi to the airport - she wondered whether they should book into the hotel for another night, but Seannagh wanted to get home.
It took 90 minutes for the taxi to arrive and a woman from the hotel reception went outside to secure the taxi for Teresa and Seannagh when it did - there were a group of maybe 20 people outside also scrambling for a cab.
On the way to the airport they saw a heavy police presence, some with rifles poised, a scene Teresa described as “comforting and alarming in equal measures”.
They were able to get into the security queue at the airport fairly quickly.
“Once we got to the other side of security I kind of felt I could breathe a bit at that stage,” Teresa said. “It feels a bit safer on this side, although I won’t be able to relax until we get to Dublin.”
Since returning she has been thinking of the happy times she spent at Las Ramblas - she and Seannagh were there during their other nights in the city. “That is where everybody congregates,” she said.
“Then to think of so many innocent people mowed down, it’s just absolutely horrible,” she said.